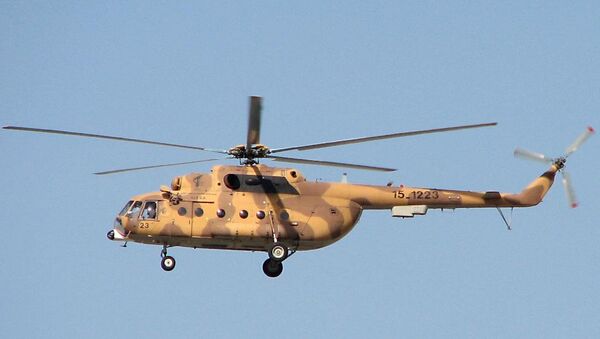 According to the holding's press service, Russian Helicopters and the Iran Helicopter Support and Renewal Company (IHSRC) signed a deal regulating the repair and modernization of Russian aircraft in Iran.

"A document signed by Russian Helicopters and the IHSRC… allows for setting out the conditions of cooperation and mutual obligations of both sides during the preparation of the enterprise for authorization and certification to do repair works and modernize Russian helicopters on the territory of Iran," the press service said.

Russian Helicopters Deputy CEO for Aftersales Service Igor Chechikov said the holding continued to cooperate of Iran with a possibility of including it into the partnership program, according to the press service.

A year ago, the two companies signed contracts on upgrading the maintenance and overhauling the facility for Mi-17 helicopters.