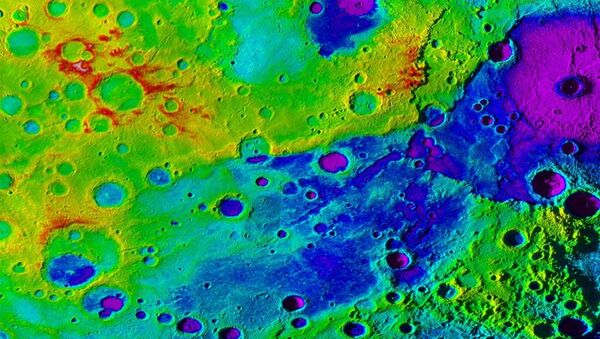 Scientists have discovered a "Great Valley" in the southern hemisphere of Mercury, which provides further evidence that the small planet closest to the sun is shrinking.

Mercury is Falling: Arctic Quicksilver Huge Environmental Threat
NASA used images from their spacecraft MESSENGER, to create a high-resolution topographic map that revealed the broad valley, which is more than 1,000 kilometers long, extending into the Rembrandt basin, one of the largest and youngest impact basins on Mercury.

The discovery was published in the Journal Geophysical Research Letters, using images from NASA's Mercury Surface, Space Environment, Geochemistry and ranging (MESSENGER) spacecraft during the orbital phase of its mission.

"Unlike Earth's Great Rift Valley, Mercury's 'Great Valley' is not caused by the pulling apart of lithospheric plates due to plate tectonics; it is the result of the global contraction of a shrinking one-plate planet," said lead author of the study Dr. Thomas Watters, senior scientist at the Smithsonian National Air and Space Museum.

According to the study, Mercury's valley is about 400 kilometers wide and three kilometers deep. Its valley is smaller than Mars Valles Marineris, but larger than the Grand Canyon in North America.

The scarps formed as Mercury's interior cooled and the planet's shrinking was accommodated by the crustal rocks being pushed together, thrusting them upward along fault lines, the study said.

"There are similar examples of this on Earth involving both oceanic and continental plates, but this may be the first evidence of this geological process on Mercury," Dr. Watters said.

The most likely explanation for the Great Valley is the is long-wavelength buckling of the planet's outermost shell in response to global contraction or shrinking.

Cooling of Mercury's interior caused the planet's single outer crust plate to contract and bend. Crystal rocks were thrust upward while the emerging valley floor sagged downward, and the sagging valley floor lowered part of the rim of the Rembrandt basin as well.