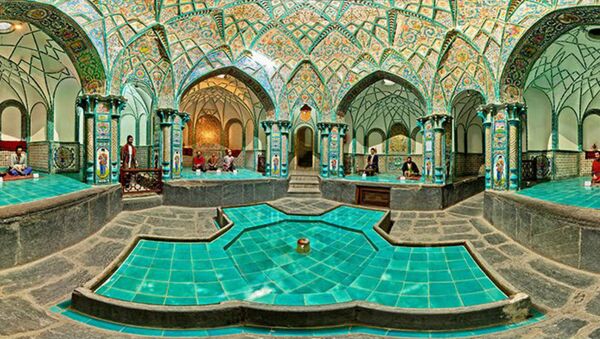 © Wikipedia / Omid Jafarnezhad
Subscribe
International
India
Africa
The Museum of History in the central Iranian city of Arak has opened an interesting exhibition – a perfectly-preserved skeleton from the Neolithic period, found during excavations near an ancient burial mound.

The Chahar Fasl History Museum recently opened the showcase of the remains, whose discovery has been hailed as a turning point in the historiography of central Iran, demonstrating that the region has had human civilization for a period of at least 7,500 years.

Persian Odyssey: Unique Journey from Moscow to Tehran Aboard Luxury Train
​The skeleton is displayed in the fetal position in which it was found. Archeologists believe that this was the traditional burial method in the Neolithic period. The remains are believed to have been preserved in such good condition due to low accitidy and high salt content in the soil around the burial area.

The remains were found during excavations near an ancient burial mound in Shazand, about 40 km southwest of Arak. In the course of their work, archeologists also discovered artifacts and monuments including pottery, stone and bone tools, as well as architectural fragments from the stone and copper ages.