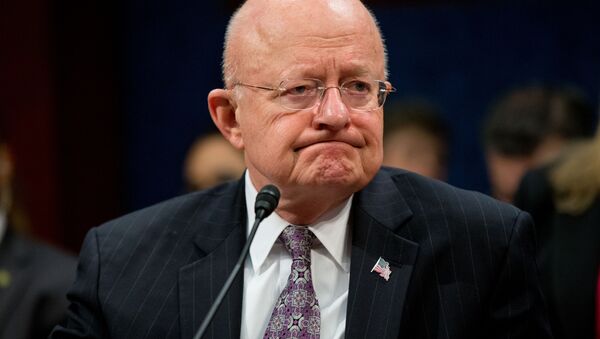 US Director of National Intelligence James Clapper announced that he is resigning from his post during the House Intelligence Committee hearing on Thursday.

Referring to cyberattacks on US servers allegedly carried out by Russian hackers, Clapper said that he "does not expect a significant change in Russian behavior" when Trump becomes president.

Back in September 2016, two North Carolina men were arrested for their alleged roles in a hacking group responsible for breaching the email account of James Clapper and providing the contents to WikiLeaks. The duo is accused of being part of the hacking group “Crackas With Attitude,” which allegedly social-engineered access to Clapper’s personal email, home telephone and internet account, as well as his wife’s Yahoo email account.

Later, Yahoo News obtained a declassified summary of a report by the office of James Clapper. The report described RT and Sputnik news outlets as 'rabble-rousing, provocateur raconteurs'.