Freight Trains Collide in US State of Florida 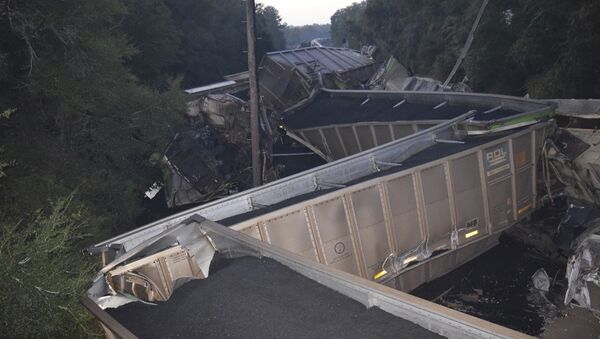 Initial reports on the early morning crash in central Florida indicate diesel fuel was released from at least one of the locomotives, and CSX said workers were at the scene to contain the spill.

Images posted on social media showed a number of derailed freight cars. CSX said it was working to determine the extent of the damage.