US Senator Cruz Meets With President-Elect Trump in New York 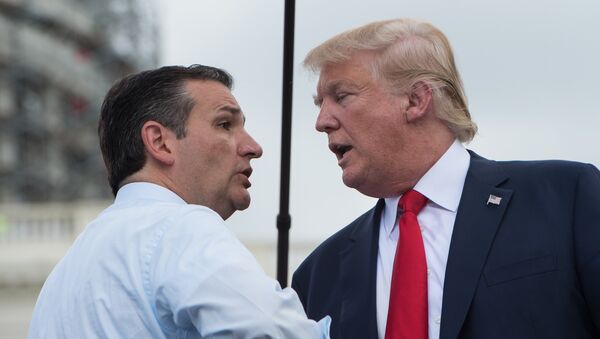 Trump Extends Olive Branch to Republican Ex-Rival Cruz for ‘Endorsement’
WASHINGTON (Sputnik) — US Senator Ted Cruz, who ran for the Republican presidential nomination, met with President-elect Donald Trump in New York on Tuesday, according to a statement from Cruz’s spokesperson.

"On behalf of the 27 million Texans [Ted Cruz] represents, the senator looks forward to assisting the Trump administration in achieving these objectives," the spokesperson stated on Tuesday.

The spokesperson explained the referenced objectives include repealing the Affordable Care Act, also known as Obamacare, appointing constitutionalist judges to the US Supreme Court, secure the southern US-Mexico border and enforce immigration laws as wel as create more well-paying jobs.

On Tuesday, NBC News reported that a transition aide stated Cruz is not up for a position on Trump’s incoming administration, however, the senator visited Trump Tower to offer his assistance in the process.