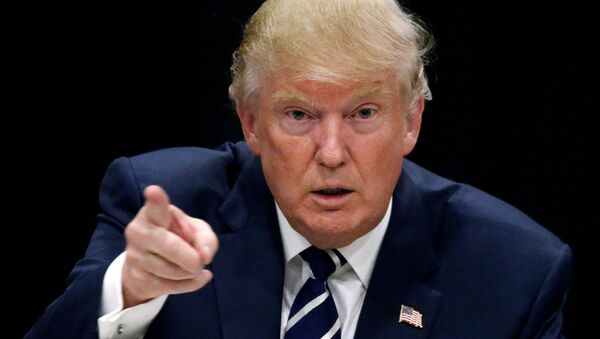 John Wight
All materials
Donald Trump's pledge to embark on a new direction when it comes to US foreign policy is both welcome and necessary. However if he is to succeed, he will first have to slay the beast of neoconservatism in Washington.

No one should be in any doubt as to the enormity of the task president-elect Donald Trump faces if he is to undertake the new course in foreign policy he outlined during his campaign for president.

Over 800 US military bases across the globe tells their own story, evidence of an empire of which the Romans would have been proud. The nature of this US empire was summed up most succinctly by New York Times columnist Thomas Friedman, when he wrote:

"The hidden hand of the market can never work without the hidden fist — McDonald's cannot flourish without McDonnell Douglas, the designer of the US Air Force F-15. And the hidden fist that keeps the world safe for Silicon Valley technologies to flourish is called the United States Army, Air Force, Navy, and Marine Corps."

The point is that the economic hegemony enjoyed by the US around the world could not exist without the military power that both protects and acts as its guarantor. This military power is both a key driver of the economy, on the grounds set out by Friedman, and also a major drain on the nation's federal budget, hoovering up a mammoth 53% (US$600 billion) of US federal discretionary spending.

It is a bloated budget and power that is not going to be downsized without a fight, what with the vast network of vested interests that are dependent on it being maintained. It is why dealing with those vested interests in Washington is going to be crucial if Donald Trump's words are going to manifest in the sort of action they herald going forward. 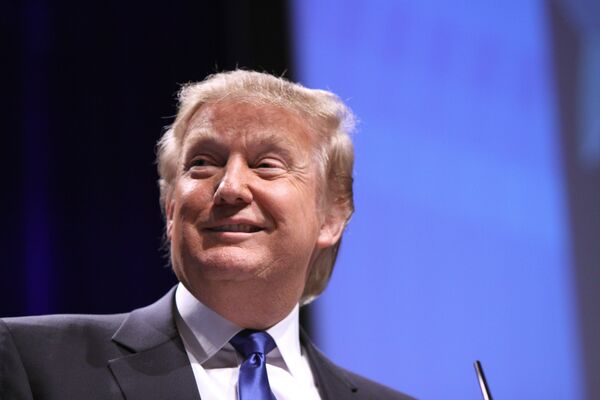 Though the president-elect is no neocon, the neocons have not gone away as a result of his election; and not more importantly has their belief in a world operating to the beat of America's drum.

The likes of John McCain, Victoria Nuland, John Bolton, Paul Wolfowitz, etc., along with their fellow travelers in Washington — working within the myriad of think tanks and foundations that constitute an industry all by themselves — remain very much a fixture within the US political, security, media, and military establishments. And when we talk about neocons we are not only referring to Republicans either.

Hillary Clinton was as neocon as they come with regard to her vision of America's place in the world, as was Obama throughout his tenure in the White House — something to which the people of Libya and Afghanistan and Syria would readily testify. 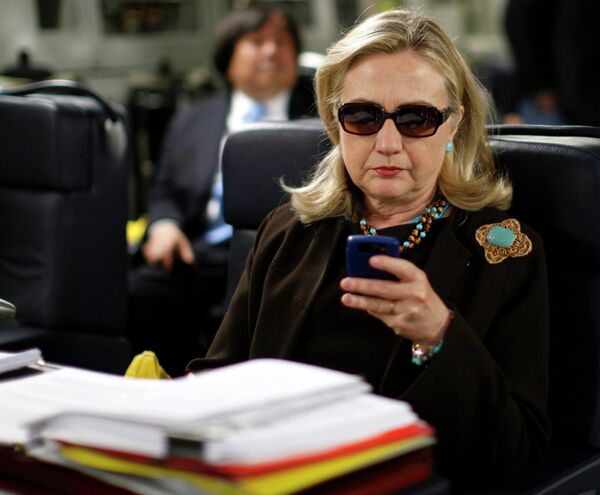 Former US Secretary of State Hillary Clinton checks her PDA upon her departure in a military C-17 plane from Malta bound for Tripoli, Libya, in this October 18, 2011, file photo
© REUTERS / Kevin Lamarque

To their credit, Trump and his team have refused to avoid confronting the ugly and uncomfortable truth that Washington's foreign policy in the wake of 9/11 has borne all the hallmarks of a drunk giant, lumbering around a China shop, smashing and destroying everything in its path, lacking any direction or coherence.

In a statement as succinct as it was profound, the newly elected US President said in an interview with the Wall Street Journal:

"My attitude was you're fighting Syria, Syria is fighting ISIS [Daesh], and you have to get rid of ISIS… Now we're backing rebels against Syria, and we have no idea who these people are. If the US attacks Mr. Assad," he concluded, "we end up fighting Russia, fighting Syria."

Compare this simple yet cogent analysis to the imperial arrogance that fueled the case for the now infamous Project for the New American Century (PNAC), the neocon doctrine that emerged in response to the demise of the Soviet Union in the early 1990s.

PNAC's statement of principles, drawn up in 1997, read in part:

As the world knows by now, it was not democracy or human rights these crazed US neocons were interested in advancing, it was domination, hegemony, and the crushing of any and all opposition to their perverse vision of a Pax Americana.

Herein lies the real motive behind the war in Iraq, regime change in Libya under the auspices of NATO, and the attempt to effect regime change in Syria by proxy. Indeed, though never a signatory to or member of PNAC, Bill Clinton's presidency operated to the same philosophy with the break-up of Yugoslavia, again utilizing NATO as a club to smash opposition to Washington's imperial interests.

Indeed, the only significant difference there has been between Democrat and Republican administrations in pushing this agenda was in method rather than aims. Democratic Party presidents Bill Clinton and Barack Obama opted for a multilateral approach, using NATO as that "mailed fist" described by Friedman rather than the US military on its own, or in alliance with other junior partners, such as the UK.

Meanwhile, for the Republican Bush administration, it was a case of "you are either with us or against us." Regardless of the method employed, the end result was the same — the arrogance and tyranny of a superpower gone mad.

Now, with Trump's election to the White House, this neocon doctrine has suffered a seismic ideological, intellectual, and political setback. However, as mentioned, neoconservatism is far from dead, which is why Trump can look forward to a major struggle in Washington in the course of acting on his vision of a step-change in the direction of US foreign policy.