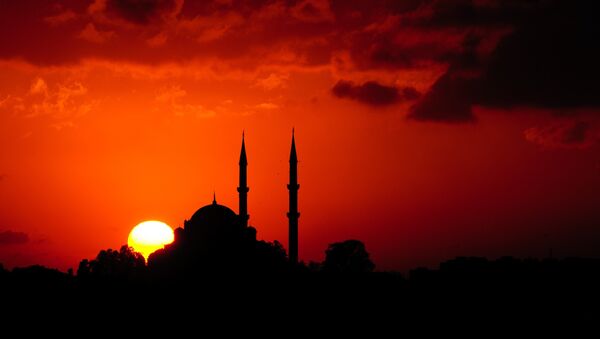 A bill that would limit the volume of loudspeakers calling for a prayer from mosques has received support from Israeli Prime Minister Benjamin Netanyahu. Radio Sputnik discussed the issue with Amir Fuchs, a researcher with Israel Democracy Institute, who heads Defending Democratic Values project.

“Although it says places of worships so theoretically it can also apply to synagogues and churches, but the wording of the explanation are very clear that it is supposed to deal with muezzin (chosen person who leads the call to prayer),” Fuchs said.

He further said that, “from reality we know that the real problems of noises are coming from mosques because there is a muezzin who calls people to worship and the problematic call is during sunrise. So it is a specific law.”

That Awkward Moment: Muslims Mistake Synagogue for Mosque in Israeli Airport
According to him passing of this bill will create more problems than resolving them. There is already a law which deals with unreasonable sound, so of course people are complaining.

“The only problem is that of implementation and of enforcement. The new law defines every sound that is amplified in places of worship as if it is unreasonable so even if it is a reasonable sound it will be dealt as if it’s unreasonable,” Fuchs said.

According to him the solution is to lower the decibels of the sound and to actually come up with some concrete solution at the  municipal level instead of introducing a law, making it unlawful.

Talking about the chances of this bill passing, Fuchs said that the chances are very low. “Even the decision of the committee in the government was to make another committee and hear it again. So it is not very decisive about what happens, although tomorrow it will pass a preliminary hearing.”

After that it’s very open for debate and Fuchs said that he hopes that the committee will see that the law in place is enough.