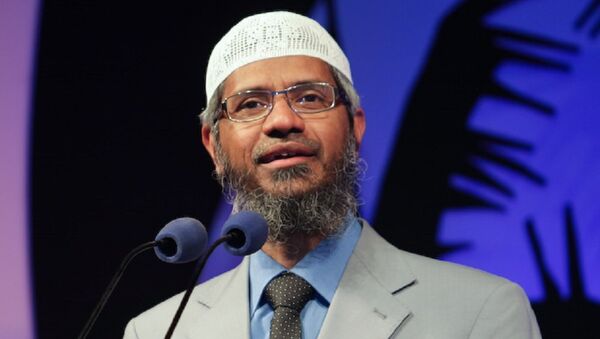 After being barred from entering the UK and Canada, self-styled Islamic evangelist Zakir Naik has also been banned in his home country. Winner of the Saudi King Faizal International Prize, Naik’s speeches are alleged to have motivated the Dhaka Café attackers.

“If any person tries to malign society, tries to divide it, create tension between the people and hamper peace in the country then the government and people always will take strict and sever action against them,” said India’s Minister of State for Parliamentary Affair Mukhtar Abbas Naqvi, himself a Muslim.

His NGO had a large following and his sermons were telecast on a dedicated TV channel. After Narendra Modi became Prime Minister, police cases were registered against him for making ‘objectionable and subversive’ speeches.

India has already banned the NGO for receiving donations from questionable foreign entities. In July this year, Bangladeshi security agencies said Naik’s speeches had motivated some of the attackers in the grisly Dhaka Café shootout in which 20 hostages were killed.