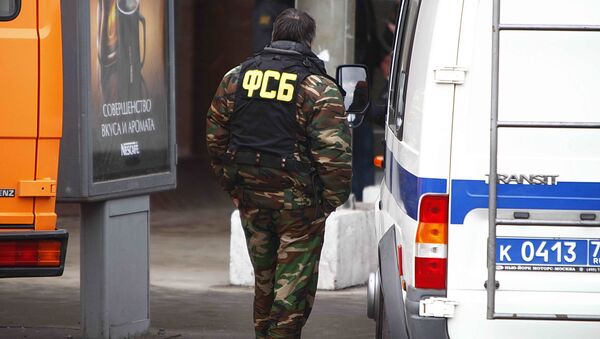 In addition to the arrests, the FSB seized a cache of five firearms, two homemade explosives with a force of 10 kilograms TNT equivalent each, as well as sniper rifle components.

"Russia's FSB… curtailed the activity of the group set up to commit terrorist and extremist crimes in Ingushetia and Moscow, linked to the Daesh international terrorist organization," the FSB said in a statement.

The group was formed by an emissary of the Daesh, which is banned in Russia, who was killed in Ingushetia early last month.

On Saturday Russia's Federal Security Service (FSB) announced that 10 Central Asian migrants, suspected of preparing terrorist attacks, were detained in Moscow and St. Petersburg. The operation to detain them was conducted in interaction with the authorities of Tajikistan and Kyrgyzstan. The FSB said the suspects admitted that they had contacts with the Daesh terrorist group.