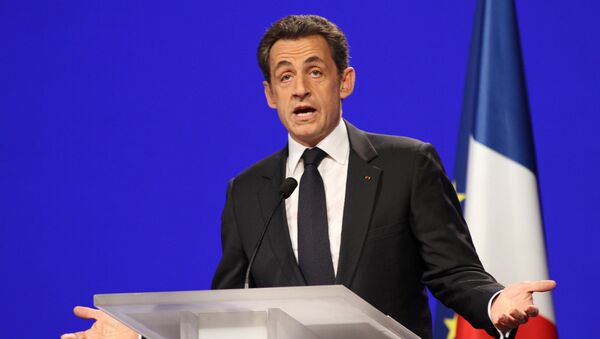 "I transported… total of five million euros," Takieddine said in an interview, published on the French investigative news website Mediapart, disclosing the new details about financing Sarkozy's presidential campaign in 2007.

Takieddine said that he had transported the money in suitcases during three trips, which he made from November 2006 to early 2007.

In the spring of 2012, following Sarkozy’s failure to re-elect for a second term, the website released the documents proving that Libya allegedly contributed 50 million euros to Sarkozy’s 2007 presidential campaign.

Sarkozy has recently announced a bid for the 2017 presidential elections as a representative of a center-right The Republicans party. France’s former Prime Minister Alain Juppe is Sarkozy's main opponent in the contest for the presidential nomination from this party.

Aside from Juppe and Sarkozy, five other candidates from France’s right-wing parties have been registered for the primaries, which will be held on November 20-27.

The first round of the French presidential elections is scheduled for April 23, 2017.