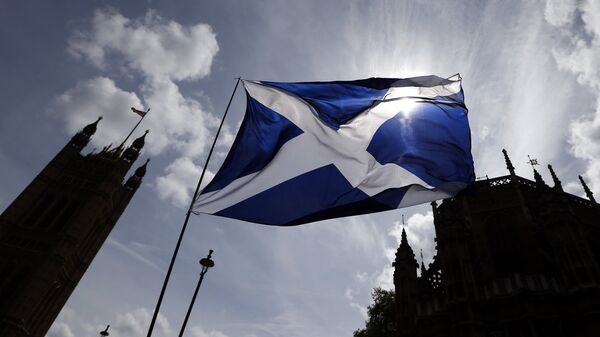 Scotland is likely to seek access to the free-trade European Economic Area (EEA) to maintain its ties with the European Union after Brexit, media reported Tuesday.

Scotland to Intervene in UK Government Appeal to Supreme Court Over Brexit Case
MOSCOW (Sputnik) — The Scottish authorities have privately considered following in Norway’s footsteps and becoming a member of EEA in an effort not to distance themselves from the bloc, according to the BBC.

The Scottish plan could provide EU citizens with the right to work in Scotland but it could only be implemented if the United Kingdom and the European institutions agreed, the broadcaster reported.

Non-EU members Norway, Iceland and Liechtenstein all have access to the EEA under a special agreement with the European Union.

On June 23, the United Kingdom held a referendum in which 51.9 percent of voters, or 17.4 million people, opted for the country to leave the European Union. At the same time, the majority of voters in Scotland, as well as in Northern Ireland, opposed the country's exit from the 28-nation bloc.

Following the referendum, Scottish First Minister Nicola Sturgeon from the SNP said that Scotland would consider taking a vote on independence one more time after the September 2014 referendum, claiming that the Brexit referendum outcome neglected its willingness to stay in the European Union.