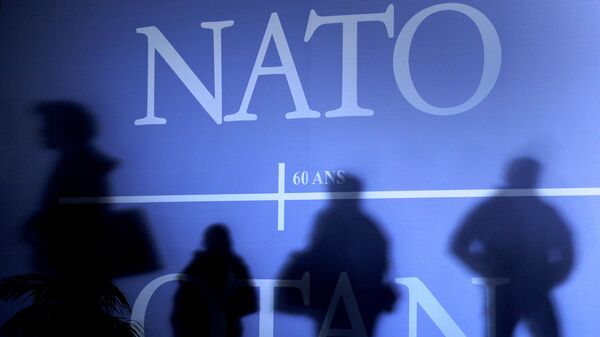 UK Defense Secretary Sir Michael Fallon has told a defense summit in Brussels, that following the victory of Donald Trump as US President-elect, Europe must now abandon plans for an integrated EU Army. It comes as Mr. Trump is said to be considering the future of US support for NATO, after previously calling the organization obsolete.

The western military alliance of NATO has served as an integral foundation to geopolitical relations across the world since it's inception in 1949.

But the new leader of its key member is now questioning its very existence.

During his successful presidential campaign, Donald Trump repeatedly slammed NATO as an "obsolete" drain of American taxpayer's dollars. He suggested that under his administration, the US may refuse to come to the aid of NATO allies unless they "pay their bills" and "fulfill their obligations to us."

The US is just one of 28 members, but currently accounts for almost 70% of NATO spending. Most of the other members are in Europe.

Ex-NATO Chief Rasmussen Dismisses EU Army as 'Paper Tiger'
UK Defense Secretary Michael Fallon has called on Europe to recognize that other NATO members must step up and contribute more to NATO, to protect its survival.

Sir Michael highlighted the controversial prospect of an EU Army as a threat that could hamper EU members, who are also NATO members, from being able to increase NATO contributions.

Speaking at a meeting of EU foreign and defense ministers in Brussels on Monday (November 14), Sir Michael said:

"Britain will only support proposals to strengthen European security that complement NATO, not duplicate it.

"But loose talk of an EU Army risks undermining NATO and we will go on opposing this — backed up by many other member states."

Sir Michael's warning comes in contrast to the comments by European Commission President Jean-Claude Juncker, who has repeatedly voiced his support for the creation for an EU Army.

After Donald Trump's election as US president, Junker said the EU could not rely on America any more for its security and so needed a "new start" in defense, in the form of a "European army."

Junker's push for members to combine resources and adopt a centralized command structure has been met by dismay by many EU members. The expense is a concern, and so too is the political resentment to continuing control by Brussels over national sovereignty.

Defence Secretary Michael Fallon: there's no support for an EU Army across the Member states #Marr

This resentment, which manifested itself this summer in the form of the Brexit vote, is also seething in several other EU nations.

"You've got Jean-Claude Juncker using the election of President Trump as a means of trying to destroy NATO by pushing his ridiculous dream of a European army."

Farage has been a long time opponent to the EU Army project.

Farage also commented on Mr. Trump's accusations that some NATO members do not pay in their fair share.

"I have to say when Trump says America should not continue to pick up such a big bill for NATO — I think he's right. The other members do need to pull their weight, and frankly there has been no proper reassessment of what NATO is ever since the Berlin wall came down over 25 years ago.

In 2014, NATO adopted a guideline that meant that all members should spend at least 2% of gross domestic product on NATO.

However, many of the 28 members are still well below this target.

#Infographic: #NATO #defense spending as a percent of GDP: (step up your game, #Luxembourg…) http://t.co/DRfrpAiFn7 pic.twitter.com/Ty8JgN9Ozo

A key campaign ally of Donald Trump has also repeated the warning that the US is no longer willing to accept the status quo in Europe.

"If you don't pick up your part, as was agreed to many years ago, then there's going to be a consequence," Mr Paladino cautioned.

"We don't know what that consequence will be, but I think most Americans are in favor of that. They think everybody should pay their fair share.

"There's no reason why the United States of America has to put up with the nonsense of caring for the defense and the security of a country that doesn't pick up its fair share."