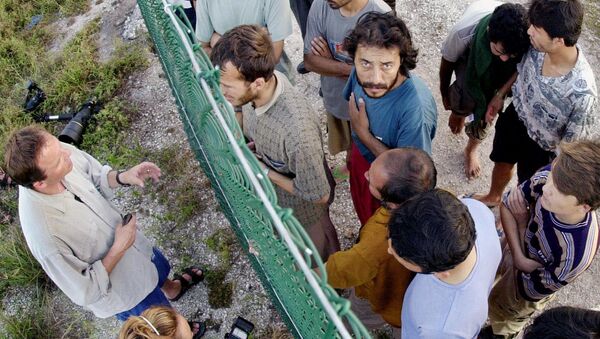 © AP Photo / Rick Rycroft
Subscribe
International
India
Africa
There are as many as 1,200 asylum seekers being held in detention camps on the Pacific island of Nauru, who are awaiting deportation to the United States under the resettlement agreement drawn up by Washington, according to Australian Prime Minister Malcom Turnbull.

There are 18,750 asylum seekers that need to be supported, however the deal Australia reached with the outgoing Obama administration, and announced earlier this month, will provide an early test of Trump's anti-immigration stance. It will begin after President-elect Donald Trump's inauguration in January.

Turnball has yet to say whether he has discussed the agreement with president-elect, Donald Trump. 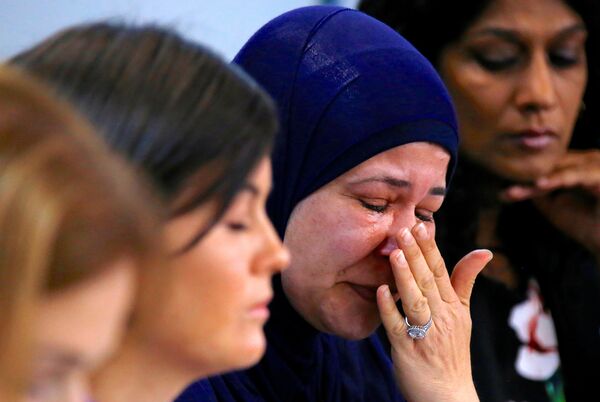 A relative of asylum seekers, currently being held on the tiny south Pacific island of Nauru, known only as 'Fida', cries during a media conference to officially launch rights group Amnesty International's report titled 'Island of Despair - Australia's "Processing" of Refugees on Nauru' in Sydney, Australia, October 18, 2016.
© REUTERS / David Gray

Any refugee who refuses to go to the US would be given a 20-year visa to stay on Nauru, according to Australian Immigration Minister, Peter Dutton.

"This opportunity will be only available to those accepted by the United States on Nauru and Manus now," Malcolm Turnbull said, announcing the deal on November 13, as reported by CNBC.

"It will not be available to anyone who seeks to come to Australia by people smuggler in the future."

Controversy Over Nauru Refugee Deportations | Death Threats After Brexit Ruling
Trump had been advocating a blanket ban on Muslims entering the United States even before it was announced that he would become President, but later he adjusted his stance to propose that the ban should apply to people from nations that had been "compromised by terrorism."

There are still questions over whether Trump will honor the agreement. In an interview on US television, Trump said that he plans to deport up to three million undocumented immigrants as soon as he is in office.

Both the US and Australian governments have faced harsh criticism over their anti-immigration stance. 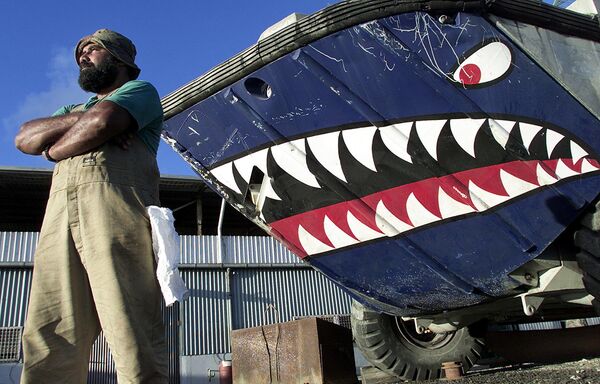 Qatia Brown, an engineer from Fiji, is one of several hundred migrant workers on the bankrupt island of Nauru, 14 September 2001, who have not received their wages for over a month.
© AFP 2023 / Torsten Blackwood

Details emerged of the terrible conditions that refugees faced at the detention center in Nauru. One refugee was allegedly dragged from his bed in the early hours of the morning and flown by the Australian Air Force to the offshore detention center on Nauru, where he could be held indefinitely. Human rights lawyer, and CEO of the Asylum Seeker Resource Center, Kon Karapanagiotidis, said that the conditions these refugees face are "immoral."

"It's disturbing what those countries who claim to profess the commitment to human rights and law are doing. You can't do these things to people, it's immoral and its deprived," Mr. Karapanagiotidis told Sputnik.

Detainees on Nauru/Manus with questions on deal are given a slip of paper, directing to US state dept general info on refugee admissions pic.twitter.com/kQBk0W8Oz5

Even the details given to detainees, regarding the resettlement program on Nauru and Manus, were limited. The refugees were given a slip of paper, directing them to the US State Department.

The US has been more refugee-friendly, with over 1.3 million young immigrants signed up for President Barack Obama's deportation relief program. 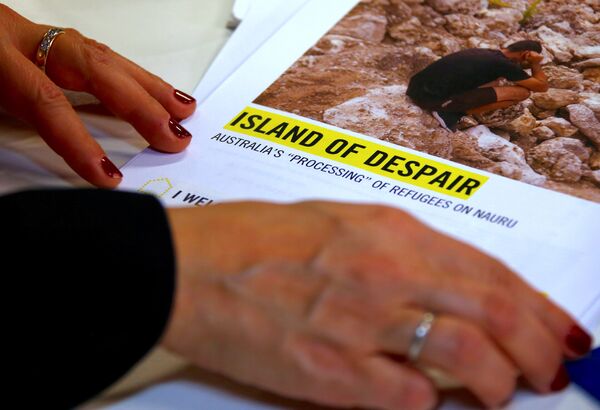 Anna Neistat, Senior Director for Research with Amnesty International, talks to journalists as she holds a copy of a report she co-authored titled 'Island of Despair - Australia's "Processing" of Refugees on Nauru' in Sydney, Australia, October 17, 2016
© REUTERS / David Gray

However they may still be at risk of being forced out, should President-elect Donald Trump keep his promise to get rid of the existing policy.

Donald Trump's anti-immigration and Muslim rhetoric was heard loud and clear in the run up to the presidential election.

Trump will most certainly want to stem the flow of refugees into the US, therefore how likely is he to stick to the agreement with Australia and take in asylum seekers? Only time will tell.