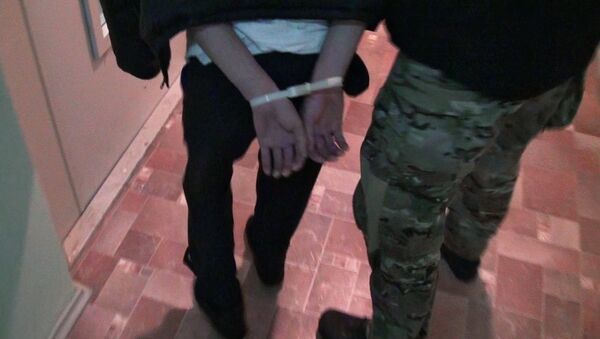 A court of the Russian city of St. Petersburg ordered the arrest of eight people suspected of being members of a terrorist groups which was planning terrorist attacks in the city, as well as in Moscow, a St. Petersburg City Court spokeswoman said Monday.

ST PETERSBURG (Sputnik) — On Saturday, Russia's Federal Security Service (FSB) said that 10 members of a terrorist group suspected of planning a number of attacks in Moscow and St.Petersburg have been detained. The detainees are giving testimony on the ties to the leaders of the Daesh terrorist organization, outlawed in Russia, their accomplices and the group's aims, FSB added.

"Yesterday, the Kalininsky district court chose a measure of restraint in the form of detention against eight persons… for a period of two months," Darya Lebedeva told RIA Novosti.