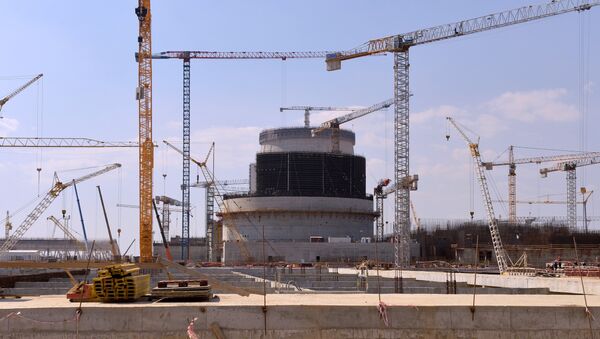 The National Assembly of Armenia ratified on Monday the agreement with Belarus on the cooperation for peaceful use of nuclear energy.

Russia to Cooperate with Armenia on Nuclear Energy – Rosatom
YEREVAN (Sputnik) — The agreement was signed by Deputy Energy Minister of Armenia Areg Galstyan and his Belarusian counterpart Mikhail Mikhadyuk in the framework of the 12th session of the bilateral Intergovernmental Joint Commission on Economic Cooperation held in Yerevan in February.

The agreement stipulates cooperation in development, construction, operation of nuclear power plants (NPP), research reactor facilities and other nuclear projects. The cooperation in the nuclear field between the two countries is also aimed at raising the level of safety in the use of nuclear energy.

Armenia's Metsamor plant, which is located 16 kilometers (10 miles) from the Turkish border, was built in 1970 with its first unit launched in 1976. It covers about 30-35 percent of the country's electricity demands.

The Belarusian NPP with total power production capacity of up to 2,400 MW is currently being jointly built on the border with Lithuania by Belarus and Russia and is set to become the country's first nuclear plant.