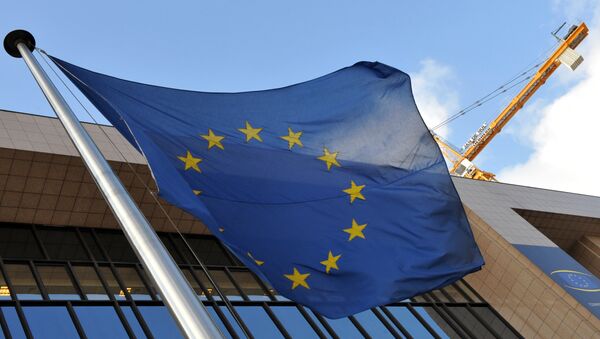 Disappointment with the negative consequences of Moldova's Association Agreement with the European Union had an important role in the election of Socialist Igor Dodon as the president of the country, lawmaker from Moldova's Party of Socialists (PSRM) Vladimir Turcan told Sputnik on Monday.

MOSCOW (Sputnik) — Moldova signed the European Union Association Agreement in June 2014. The deal provides for creation of the EU-Moldova free trade area. In addition, Moldova must fully open its market for European goods. In response to this agreement Russia introduced some temporary restrictive measures on imports from Moldova, which affected Moldovan farmers' interests, who lost the right for duty-free deliveries of their goods to Russia.

"One of the factors in [Dodon's] victory is disappointment with the European course, with the agreement on the EU association and the real economic consequences of this agreement for Moldova, for all the people, for our producers," Turcan, who in 2002-2005 was Moldova's ambassador to Russia, said.

During his election campaign Dodon, who served as economy minister under a communist government between 2006 and 2009, stressed the need to improve Chisinau's relations with Moscow, especially in economic sphere, and even suggested that once he becomes president Moldova would hold a referendum on whether the country should withdraw from the 2014 political and trade agreement with the European Union and instead join the Russia-led Eurasian economic community.