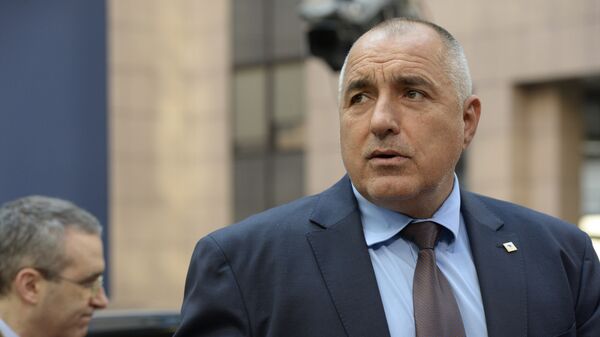 Bulgarian Prime Minister Boyko Borisov has tendered his minority government resignation following the defeat of his center-right party's candidate for the post of the country's next president, the Novinite news agency said in a statement.

MOSCOW (Sputnik) — According to the agency, the parliament will vote on the prime minister's resignation on Tuesday.

"Prime Minister Boyko Borissov submitted to the National Assembly the resignation of the government led by him. In the letter to the members of parliament the Prime Minister states that the Council of Ministers will continue to fulfill its functions until the formation of a new government and will ensure continuity in government," the press service said.

Socialist-Backed Radev Leading in Bulgarian Presidential Election - Exit Poll
On Sunday, the Bulgarians voted in the second round of the presidential election, choosing from the two candidates with enough votes to move past the first round, Tsetska Tsacheva from the ruling GERB party and Rumen Radev from the Socialist Party.

Earlier, Borissov vowed to resign if Tsetska Tsacheva from his GERB party lost the presidential race.

According to local media, the parliament will vote on the prime minister's resignation on Tuesday.