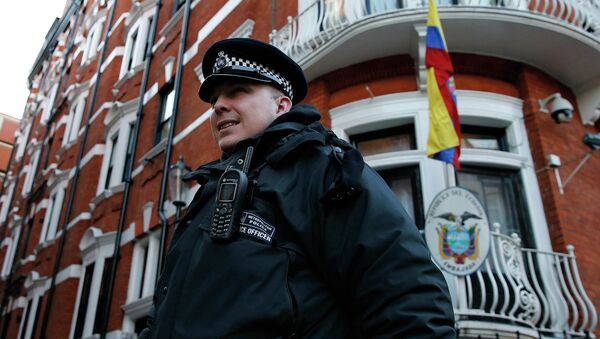 The Ecuadorian embassy in London restricted the Internet access for the founder of WikiLeaks Julian Assange during the US presidential elections, Ecuadorean Foreign Minister Guillaume Long said Monday.

Dress to Impress: Assange's Cat Suits up for Special Occasion
SOCHI (Sputnik) — Long arrived in Sochi to take part in an expanded meeting of the Community of Latin American and Caribbean States (CELAC).

"Assange was restricted of Internet access during the US elections. The decision on Internet access will be made later," Long told reporters in the Russian resort of Sochi.