Devil in Disguise: Daesh Trains Its Militants to Look Like Refugees 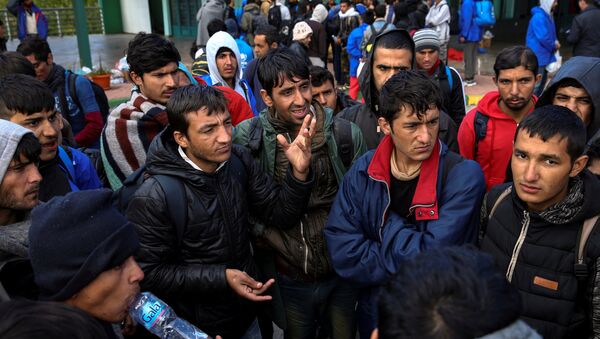 Daesh terrorist group trains militants to look like refugees, so that they could easily enter the territory of European countries, Welt am Sonntag newspaper reported, citing data from the Federal Intelligence Service of Germany.

The newspaper wrote that the militants are being regularly trained so that they would be able to behave properly during a police questioning and when applying for asylum.

The training gives them an opportunity to get lost among many other refugees arriving in Europe and not to attract attention.

"According to reports from the end of October, the terrorists specifically train their fighters to hide among many refugees and not to be noticed. For example, they are trained to behave in a way that in the case of interrogation by police officers or application for asylum they would be perceived as ordinary refugees," the article said.

Five People Suspected of Links to Daesh Detained in Spain, Germany, Belgium
On the eve of the 15th anniversary of the 9/11 terror attacks, Germany's Interior Minister already warned people to remain vigilant as over 500 "potential attackers" from Daesh are believed to be residing in Germany.

Reports assume that the Islamists could have infiltrated Germany among refugees and that it is only a matter of time before these terrorists assemble into groups and engage in "high-profile" attacks.

The warnings have become the worst nightmare for many German residents who fear that Daesh militants have come to Germany among one million refugees that entered the country in 2015.

As the newspaper noted, the terrorist attacks that took place a year ago in Paris, have been committed by nine terrorists who came to Europe under the guise of refugees. The attacks claimed lives of 130 people, and left over 350 injured.