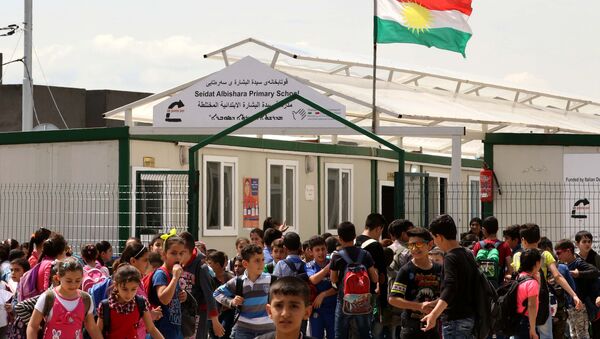 © AFP 2021 / SAFIN HAMED
Subscribe
The radical terrorist group, notorious for its brutality towards ethnic and religious minorities, has tortured Iraqi Christians, raping women, burning alive those, who tried to oppose the militants, and destroying churches, Baha Erzan Asu, a Christian from Mosul who has moved to Erbil, told Sputnik.

"Christians living in Iraq and Iraqi Kurdistan have suffered a lot from Daesh thugs. Terrorists have tortured, imprisoned and even burned them alive in churches. Some of the churches were blown up. In October 2014, jihadists leveled many churches in the Bartilla and Hamdaniye settlements, located to the east of Mosul. The majority of the local population was Christian. Tens of thousands were forced to flee Mosul and its surrounding areas for Baghdad and Erbil due to Daesh," he said. 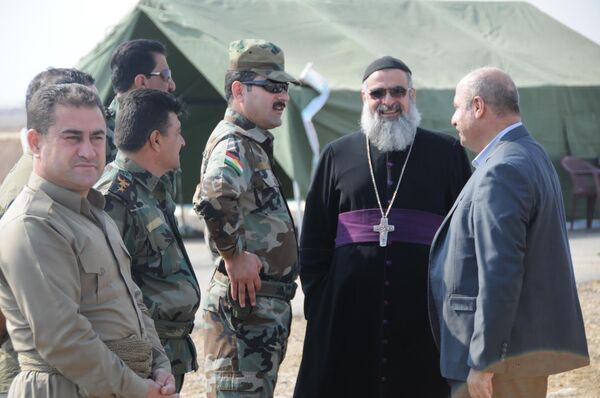 Iraqi Army Finds Underground Prison With Over 950 Captives of Daesh in Mosul
Baha Erzan Asu mentioned that Saddam Hussein has also cracked down on Christians. Approximately three million Christians lived in Iraq, but due to Saddam Hussein's and Daesh policies they have either become internally displaced or fled the country, moving to the United States, Canada, Germany and France.

He detailed what the Christians had to go through after Daesh declared its caliphate in mid-2014.

"They said that you are 'infidels' and 'our slaves.' They have burned down houses of those Christians who tried to oppose jihadists' laws. Christians, who failed to obey, were locked in churches and burned alive. They raped girls and women. The majority of militants took Christian girls as wives. Many Christians have been tortured to death."

Daesh has also kept many Christians prisoners, he added. 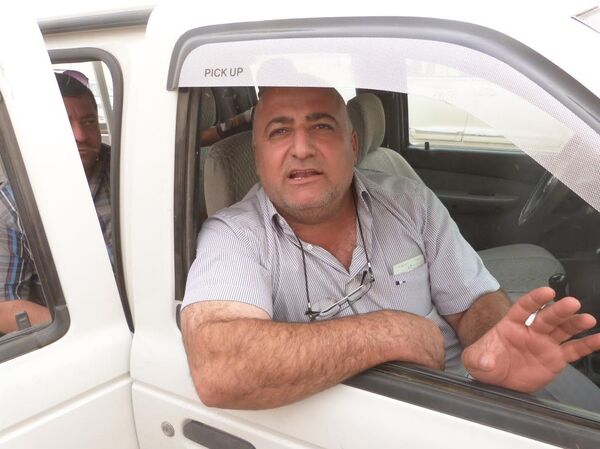 Christian volunteers have joined Iraqi security forces and Peshmerga to take part in the large-scale operation to liberate Mosul and areas around the second largest city in the country from Daesh, Baha Erzan Asu noted.

Daesh Militants Electrocute 30 Residents of Iraqi Mosul
"We hope that Mosul will be freed as soon as possible," he said. "Recently, the Iraqi Army pushed Daesh out of my home village of Keraköç located close to Hamdaniye. We were so happy when we heard the news. I plan to visit my home in the village to see what has become of it. If there is something left there, I will take it here, to Erbil."

Iraqi security forces, assisted by the US-led coalition, Kurdish militias and local allies launched an operation to free Mosul, the capital of the Nineveh province, on October 16. The operation, named We Are Coming, Nineveh, has seen Baghdad-led troops free dozens of villages and settlement close to Mosul.

In early November, Iraqi security forces entered the city, home to approximately 1.5 million civilians. They have struggled to advance further due to sniper fire, booby-traps, suicide bombers and road blocks. 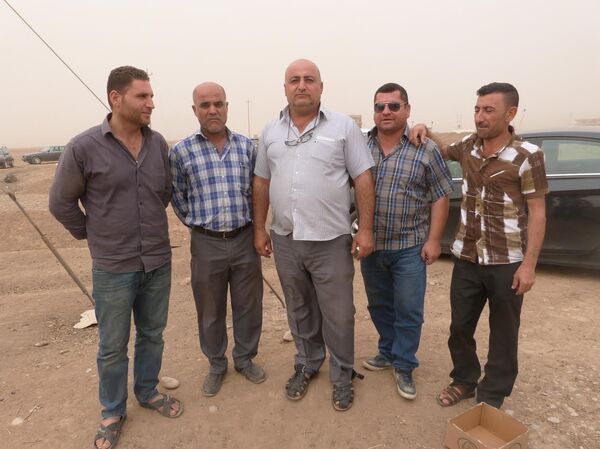 Mosul
© Sputnik / Hikmet Durgun
000000
Popular comments
I can not find words for what they are going true. Its awful, and the Islam thugs does it against to Christ him self. Must God bless those who suffer these horrendous doings with all the strength they need, and must God relieve their pain and save their lives, in the name of Jesus Christ.