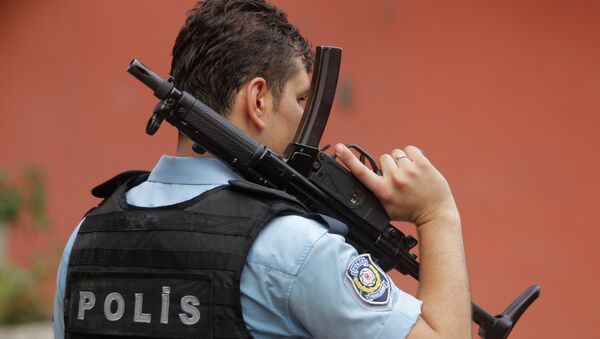 MOSCOW (Sputnik) — Around 190 of these associations are allegedly linked to the Kurdistan Workers' Party (PKK), which Ankara considers to be a terrorist organization. Another 153 were said to be linked to the Fethullah Terrorist Organization, eight are linked to Daesh and 19 reportedly have ties with the far-left Revolutionary People's Liberation Party-Front (DHKP-C) group, the Daily Sabah newspaper reported on Friday.

'Let Tears Stop': PKK Leader Pledges to End Conflict With Ankara in 6 Months
According to a ministry statement, the associations, located in 39 provinces, were closed due to threats against national security.

The PKK is outlawed in Turkey as a terrorist organization. A ceasefire between Turkey and Kurdish militants collapsed in July 2015, prompting the Turkish authorities to launch a military operation in the Kurdish-dominated southeastern regions.

Followers of Islamic cleric Fethullah Gulen have been accused by Ankara of being behind the July 15 military coup attempt.