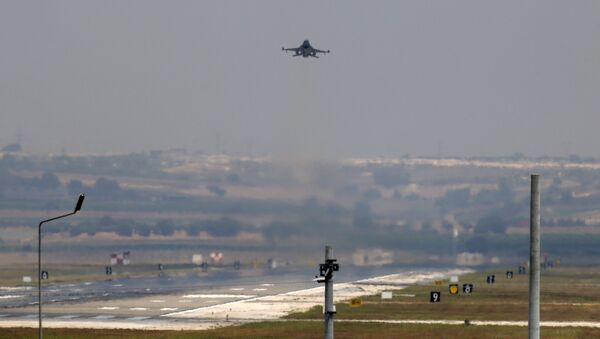 "Our Air Forces struck 52 Daesh targets and 13 positions of the Syrian Kurdish Democratic Union Party — the Kurdistan Workers' Party. The Free Syrian Army (FSA) group was unable to move forward to the settlement of Rai due to Daesh resistance," the statement read.

According to the statement, Turkish military did not suffer casualties, whereas eight FSA opposition fighters were killed and seven wounded.

On August 24, the Turkish forces, backed by US-led coalition aircraft, began a military operation dubbed Euphrates Shield aimed at freeing the Syrian northern territories from terrorists and creating security zones for accommodation of refugees. After liberating the Syrian border town of Jarabulus and the surrounding area of Daesh, outlawed in Russia and many other countries, the Turkish forces continued offensive in the southwest direction.

Turkish forces regularly come into confrontation with the PYD, and its military wing People's Protection Units (YPG) operating in Syria, which Ankara considers to be an affiliate of the Kurdistan Workers' Party (PKK), outlawed in Turkey.