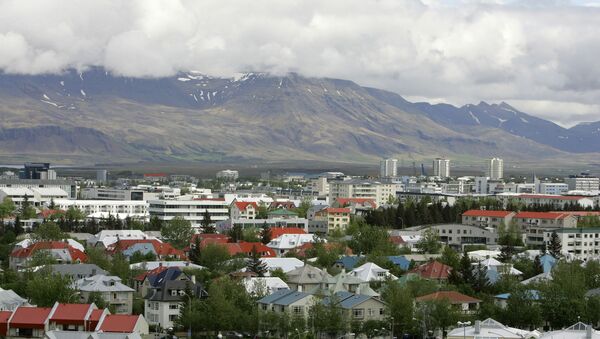 © AP Photo / Kirsty Wigglesworth, File
Subscribe
Iceland has lost 1 percent of its GDP because of the sanction war with Russia.

REYKJAVIK (Sputnik) — The damage to Iceland’s economy over Russia’s food embargo, imposed in response to Western anti-Russia sanctions, has amounted to 1 percent of its GDP, as the sales of Iceland’s fish to Russia fell significantly since 2014, Russian Ambassador to Iceland Anton Vasiliev told Sputnik.

"Exports of fish to Russia had amounted to about 10-15 percent of the total exports of Icelandic fish [before sanctions]. Icelanders estimate that the damage caused by the Russian embargo has amounted to slightly less than 1% of the country’s GDP," Vasiliev said.

'Tragic Reality': Italian Family Firms Driven to Ruin by Anti-Russian Sanctions
According to Vasiliev, after Russia in August 2015 extended its food embargo against states that had sanctioned it, Iceland’s fish exports to Russia initially decreased by 50 percent. Overall, the Iceland-Russia fish trade amounted to$123 million last year.

However, the exports were further reduced this year, falling 80 percent and reaching just $13 million worth of fish trade in the first half of 2016.

"So for Icelanders, this is a serious economic issue," the ambassador added.

'It's Time for Trump to Keep His Pledges on Recognition of Crimea Referendum'
In 2014, Russia’s relations with the West, including Iceland, deteriorated significantly as the crisis in Ukraine escalated, with Crimea rejoining Russia and independence supporters in Donbass rising up against the rule of a coup-imposed government in Kiev. The United States and its allies accused Moscow of fueling tensions in Ukraine and introduced a series of sanctions against Russia as a punitive measure.

Moscow refuted any involvement in the Ukrainian conflict and imposed a year-long food embargo on the countries that had sanctioned it, which was later prolonged as the sanctions were extended.

Russia and Iceland are both interested in the partnership in the Arctic and are developing cooperation on bilateral and multilateral levels, the ambassador told Sputnik.

"First of all, we share a big interest in the Arctic, a regional, international cooperation in the Arctic," Vasiliev said adding that the sides are cooperating within the framework of the Council of the Baltic Sea States and the Barents Euro-Arctic Council.

The ambassador added that the president of Iceland had visited all The Arctic: Territory of Dialogue conferences organized by Russia, while the Russian side actively participated in the Arctic Circle conference in Reykjavik.

Russia and Iceland are both members of the Arctic Council, which includes six other nations — the United States, Canada, Denmark, Finland, Norway and Sweden.