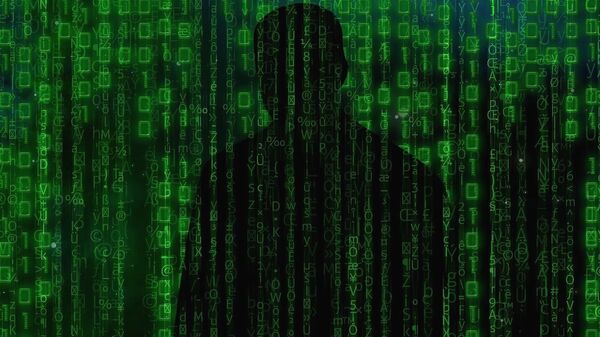 © Pixabay
Subscribe
International
India
Africa
Ahead of federal elections next year, the German authorities have borrowed from the failed playbook of Democratic presidential candidate Hillary Clinton in making unsubstantiated claims about the possibility of "Russian cyber-attacks."

Mainstream Media 'Still in Denial of What Happened to Them' After Trump Win
Despite similar claims falling flat during recent voting it the US and UK, a German newspaper has made the outlandish claim that "Russian hackers" could try to influence the outcome of next year's federal elections.

German intelligence sources reportedly told the "Frankfurter Allgemeine Woche" newspaper that Russian intelligence services might try to carry out cyber-attacks on critical infrastructure in Germany, such as the electricity and water supply.

These "Russian hackers" have appeared in Germany as the country's leaders express their "huge shock" at the election of Donald Trump, and struggle to understand its implications for German federal elections next year.

Angela Merkel's coalition government is under pressure after significant gains by the right-wing Alternative for Germany (AfD) party in state elections earlier this year. According to a poll of Germans by ARD DeutschlandTrend last week, 56 percent are dissatisfied with the work of the federal government, and just 43 percent said they were satisfied.

The anti-Russian propaganda tactic has become well-worn during elections in the US and UK this year, as the losing side attempted to sway voters with baseless stories about Russian interference.

Trump's Victory: EU Establishment Was Caught With Pants Down
Before they lost the Brexit vote, former UK Prime Minister David Cameron and then-Foreign Secretary Philip Hammond both appealed in vain to anti-Russian sentiments in an effort to sway voters.

Russian President Vladimir Putin responded that the comments showed a "low level of political culture" in the UK.

"Statements made by the UK Prime Minister, Mr. Cameron, before this plebiscite, before this referendum, on Russia's stance, have no basis and never had. I believe that this is nothing more than a flawed attempt to influence the public opinion in his own country. As we see, it didn't even have the desired result," Putin said.

Incidentally, Russia's effort to avoid involvement in the Brexit vote was in contrast to the approach from Washington. In April, US President Barack Obama told British voters they would be "in the back of the queue" for trade deals with the US.

EXCLUSIVE: Source of DNC, Podesta Leaks 'Comes From Within Washington'
The ridiculous German claim about Russian hackers comes less than a week after the emphatic defeat of Democratic presidential candidate Hillary Clinton, who used the same tactic to ill-effect during her unsuccessful run for the presidency.

The Clinton campaign made baseless accusations of Russian involvement with a damaging WikiLeaks data dump, and the hacking of the Democratic National Convention which revealed its rigged election process.

Kremlin spokesman Dmitry Peskov dismissed the allegations as "absurd," and lamented the "attempts to use — manically use — the Russian issue during the US electoral campaign."