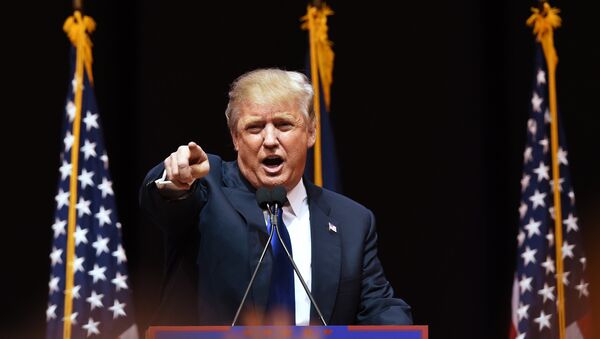 "It's about time for a presidential assassination," Monisha Rajesh tweeted to fellow journalist Mark C. O’Flaherty.

O'Flaherty responded "haaaa – that's all we’ve talked about for the last hour."

Rajesh is a freelance features writer who contributes to the Guardian and has written for a number of other major UK newspapers as well as the New York Times. O'Flaherty is a contributor to the Financial Times, the Sunday Times and other publications.

Trump's Victory is 'Repudiation of Political Establishment and Social Elite'

The Daily Caller reports that the Guardian gave them a statement explaining that Rajesh was an infrequent freelance contributor, not a staff writer, "and the Guardian cannot take responsibility for comments expressed by her in a personal capacity."

A few days before the election, the Los Angeles times fired freelance journalist Steven Borowiec for tweeting that he wished then-presidential candidate Donald Trump would die, saying in a statement that they found the comment "inexcusable."

"The Los Angeles Times is committed to fair, evenhanded coverage of the presidential campaign, and expects all journalists representing the paper, including non-staff contributors such as Mr. Borowiec, to adhere to this standard in their articles and social media posts," the LA Times statement explained.

Reports on Twitter claim Rajesh has been fired by the Guardian.

Threatening the US president is a felony in the United States; however, for charges to actually be filed, the threat has to be interpreted as a declaration of intent. Comedians, cartoonists and other public and private figures frequently speculate about presidential assassinations or suggest they are events to be wished for without demonstrating intent, and are thus protected by the right to freedom of speech.

The last time a sitting US president was assassinated was John F. Kennedy in 1963.

000000
Popular comments
ivanwa88, Disgusting indeed! And this kind of people call themselves "democrats"!... Well, this is in fact the same kind of people who have been supporting and endorsing Obama's 5 or 6 wars, against countries where the US wanted regime change, because these "democrats" won't tolerate no one opposing their "democracy"...