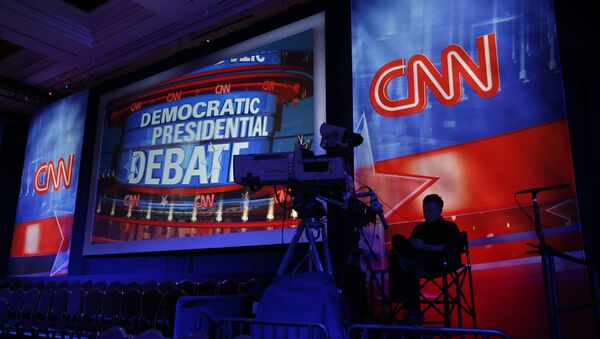 “Hillary Clinton was not the only loser last night: Traditional media has been exposed as a corporate propaganda bullhorn,” said Feierstein, author of “Planet Ponzi” and a 37-year financial services industry veteran who has worked in London, New York and Tokyo.

Feierstein said the United States’ founders saw a free, independent press as essential to the political system they were constructing. But today, corporate takeovers have created a timid, controlled media that conceals wrongdoing rather than expose it, he argued.

“Our media have abandoned their responsibility, as prescribed by our founding fathers, to protect our Constitution and to ensure that our democratic system of checks and balances remains firmly in place,” Feierstein asserted.

America’s ultra-rich and political powerful can rely on the corporate-owned media to cover up most scandals and excesses, he believes.

“The media willfully neglect to report on these real issues and will often downplay the criminal actions of the political elite,” Feierstein said.

US Activists: 'Democratic Party Cared More About Defeating Sanders Than Trump'
He also expressed confidence that President-elect Trump will begin undertaking needed reforms once he takes office in January.

“I am an optimist, and I mean it,” Feierstein stressed. “Change is coming, and crisis will only make it come sooner. America voted for change — President Trump is only the beginning.”

During the presidential campaign, Trump succeeded in exposing selfish, corrupt practices within Washington’s political establishment to the public on an unprecedented scale, he explained.

“President Trump opened Washington’s kimono and it…was an ugly, pay-to-play cesspool of corruption. The time has come to ‘Drain the swamp.’ There’s a lot of work to be done.”

The Hand-Off - What’s in Store for the Trump Brand?
Feierstein said he wrote “Planet Ponzi” to stir readers to action because he believes emotional commitment is crucial to igniting action to clear away the corruption from public life.

Feierstein is a British-American investor, banker and writer who has been a columnist for UK newspapers the Daily Mail and the Independent as well as for the Huffington Post