Lavrov: Russia Hopes Relations With US to Recover After Trump's Election 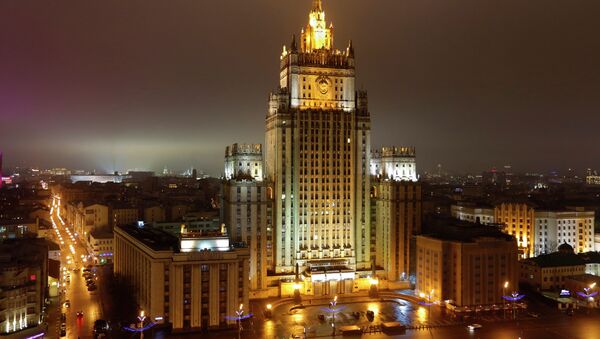 MOSCOW (Sputnik) — Republican nominee Trump won the US presidency in Tuesday’s election, having gained 290 Electoral College votes, 19 more than the 270 needed to win.

"We certainly hope that relations between Russia and the United States, which are experiencing a very, very unfavorable period, will improve and become normal, which meets the interests of our people and the interests of the entire international community," Lavrov said at a joint press briefing with Benin’s foreign minister.

Russia is ready to investigate allegations of its Aerospace Forces conducting airstrikes on civilian facilities in Syria if it is presented with evidence, Lavrov said.

"We always insist to be presented with facts. There have been many cases where certain states or non-governmental organizations claimed that a facility is destroyed because of our strikes: a school, a kindergarten," Lavrov said.

"The Russian Defense Ministry has repeatedly presented documentary evidence that this is not true. Therefore, of course we will be ready to investigate any specific cases, but so far no one has ever presented these specific facts," Lavrov said.