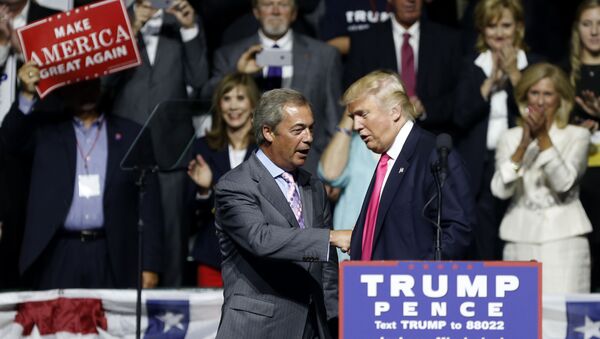 The result of the 2016 US election seems all too familiar for those watching from the UK. Both nations had to face a momentous choice this year: on one side, the status quo option - for many, a steady choice. This would be voting for Hillary Clinton in the US and voting "Remain" in the June 23 referendum of UK's membership of the EU.

Trump, Brexit and the Collapse of the Liberal Order
The alternative, a leap into the abyss, a primal howl against the establishment, evidence of a burning antipathy in the heartland toward the out-of-touch Establishment. This choice would be Donald Trump or Brexit for the Brits.

But the political commentators, the polls and the betting markets have all pointed to one thing — that nobody really knows the outcome until the ballots are counted.

The comparisons between Britain's June 23 referendum vote on whether to leave the European Union and the US presidential election are hard to miss.

It Will Never Happen

In the lead up to Brexit, nobody predicted it would actually happen. The polls suggested that the Remain voters would win, until the announcement on June 23, that Britain would in fact be leaving the EU. 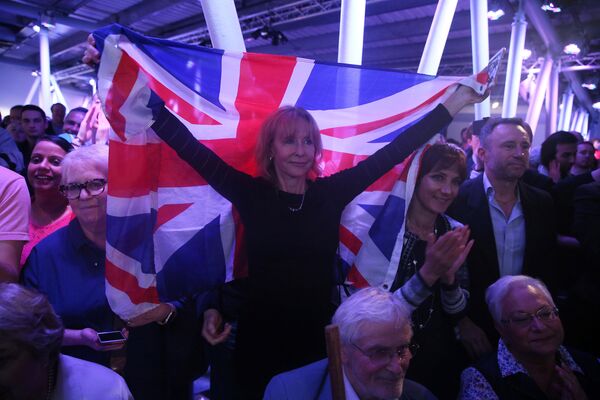 UKIP, a party which was strongly pushing for a "Leave" vote, had won and their then-leader and now interim leader Nigel Farage, called it the Britain's "Independence Day."

For the US, a similar sentiment was shared by their new leader, Donald Trump who also declared that the US was witnessing "Independence Day," as he urged the nation to vote on Tuesday, November 8.

After #Brexit, it is Independence Day of America. As Trump once said like Nigel Farage.
It is #Nationalism on rise all over. #ElectionNight pic.twitter.com/cHTOPdjfCX

According to Oxford Dictionary, The Establishment is "a group in a society exercising power and influence over matters of policy, opinion, or taste, and seen as resisting change."

"I see a parallel between what is happening in the UK and the US," Trump said.

​Trump said it; he saw the similarities between Britain's rejection of the EU Establishment and the US acceptance of him.

Early on in his presidential bid, Donald Trump began touting his anti-Establishment rhetoric. It was a posture that proved pure gold in the Republican primaries. After all, he'd never been part of the political Establishment nor held public office, nor had any of his family members.

UKIP interim leader, Nigel Farage said that the decision to break with the EU would be anti-Establishment. When he traveled to the US to support Trump at one of his rallies, Farage framed it as a victory for the anti-Establishment movement, a theme that is popular in Mr. Trump's campaign.

"Anything is possible if enough decent people are prepared to stand up against the establishment," Farage said.

Trump did not hide his disdain for the media, in fact on the very last day of his campaign, he urged the American people to cast a vote "against the crooked media."

Trump tapped into the public's existing distrust of the media and sought to strip news outlets like CNN and The New York Times of all legitimacy.

And Brexit was no different. Farage would often describe how he distrusted the media and in response to Trump's presidential race, he said that like his US counterpart, the media was unkind about Brexit.

"We had very little support from mainstream media, so there's big crossover stuff here," Farage said during an interview with CNN.

Neither Trump, nor Farage were liked by their fellow political 'friends.' Out-going US president, Barack Obama said that Trump was "uniquely unqualified for the role of President."

David Cameron would still be in power if the 'fruitcakes, loonies and closet racists' hadn't frightened him into calling an EU Referendum. pic.twitter.com/CKtCkeh1uO

Democrat presidential candidate Hilary Clinton, said that she would put Donald Trump supporters into a "basket of deplorables."

Not to quote David Cameron but Trump supporters are "fruitcakes, loonies, and closet racists"

The words of these leaders however, did very little to prevent Brexit in the UK and stop the US from voting for Donald Trump.

Nigel Farage was ever-present during the EU referendum campaign; he worked hard to ensure that Britain would break from Brussels. His work paid off when the people voted for Brexit. 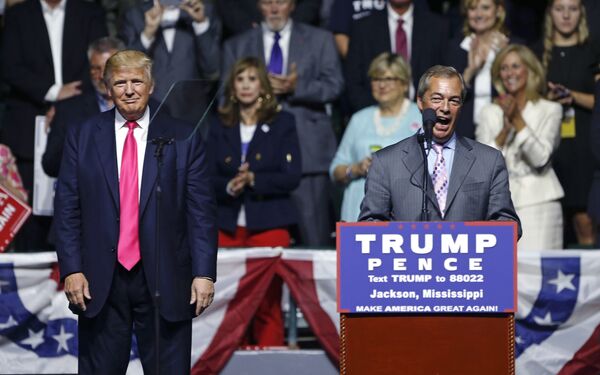 His presence was felt during the Trump campaign, when he crossed to the other side of the Atlantic to join and support Donald Trump at one of his rallies. Declaring war against the Establishment, the Clinton campaign and partnering up with Trump, Nigel allied himself well.

Now Farage has his eye on possibly becoming Trump's Ambassador to the EU… But only time will tell.