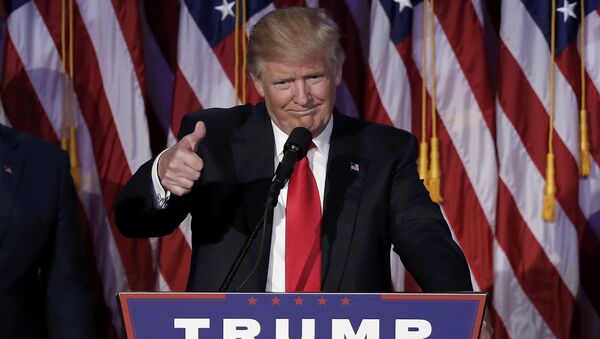 Republican candidate Donald Trump has been elected the next president of the United States, according to the latest projection on Wednesday.

Trump Projected to Become Next US President - Bloomberg
Trump has gained 276 electoral votes of the 270 needed to win the US presidency, the Associated Press projected.

It is reported that Hillary Clinton has called Donald Trump to concede the race.

Later, newly-elected Vice President Mike Pence announced that Republican candidate Donald Trump has won the election and will become the next US president.

"America has elected the new president… I am mostly grateful to our president-elect, whose leadership and vision will make America great again. It is my high honor and distinct privilege to introduce to you the President-elect of the United States of America — Donald Trump,” Pence said, addressing the crowd of Trump's supporters in New York.

Trump then took the stage to address supporters as the President-elect of the US.