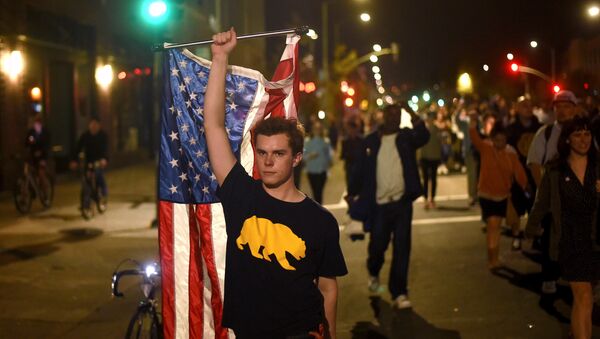 Russian President Vladimir Putin does not yet plan to meet or speak by phone with US President-elect Donald Trump, according to Kremlin press service.

MOSCOW (Sputnik) — Russian presidential spokesman Dmitry Peskov said assumptions that some country could influence the election campaign in the United States are absurd.

"I am urging you to remember the words of President [Vladimir] Putin he said at the Valdai Forum, it was before the [US] elections. He said it would be absurd to believe that any country in the world, including Russia, may influence the US election campaign," Peskov said.

Trump's Victory in US to Boost Le Pen's Chances in France – EU Lawmaker
Russian President Vladimir Putin does not yet plan to meet or speak by phone with US President-elect Donald Trump, Peskov added.

"Let us not forget that President Putin's counterpart is the current US President [Barack] Obama. We have a few months to work, or rather attempt to work, with the current administration," Peskov said.