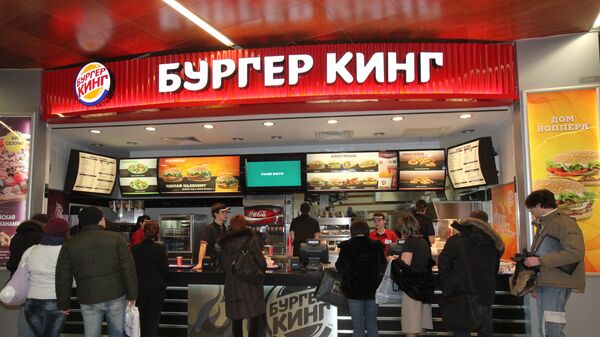 Augean Stables: 45th US President Trump Has to Deal With Obama's Legacy
Russian burger fans can savor the victory of Republican candidate Donald Trump in the US presidential elections on Tuesday with the new "Trump Burger," Burger King Russia announced on Wednesday.

"In fact, this is a double 'Angriest Whopper'. The only difference is that you can't order any sauces or food of Mexican origin," Burger King said.

The "Angriest Whopper" is Burger King's hottest burger, which comes with the chain's spiciest sauce, onion rings and jalapeno peppers.

Their Trump sandwich is also hot, with several types of mustard and peppers, while the Hillary sandwich was made with olives and marble beef.
Newsfeed
0
Access to the chat has been blocked for violating the rules . You will be able to participate again through:∞. If you do not agree with the blocking, please use the feedback form
The discussion is closed. You can participate in the discussion within 24 hours after the publication of the article.
To participate in the discussion
log in or register
loader
Chats
Заголовок открываемого материала