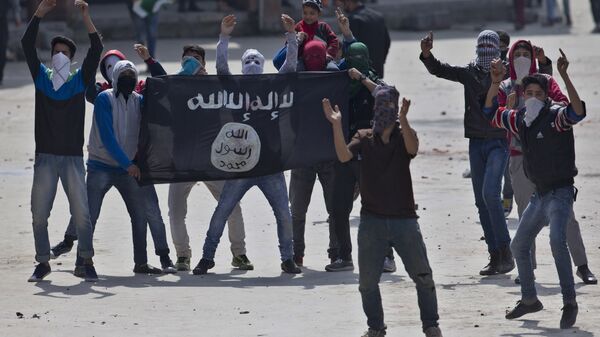 © AP Photo / Dar Yasin
Subscribe
International
India
Africa
More than half of US voters believe a US-led coalition’s military fight against Daesh is proceeding badly, according to an exit poll by Fox News.

During their presidential debates, Democratic nominee Hillary Clinton promised that as commander-in-chief she would expand US airstrikes against the Islamic State and support ground campaigns to recapture the Syrian city of Raqqa.