Exit Poll: Most US Citizens Want Elections to Just 'Be Over' 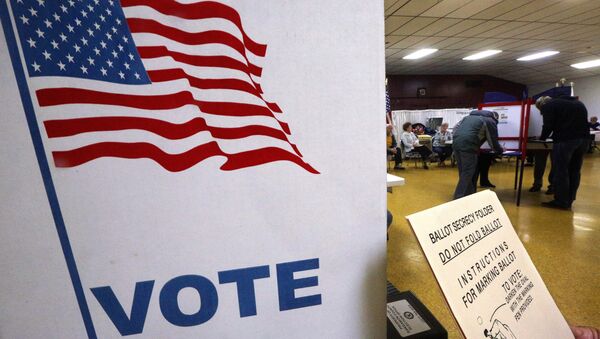 © AP Photo / Seth Perlman
Subscribe
US citizens experience mostly negative emotions in regard to the US presidential election, with the 85-percent majority hoping for it to just end as soon as possible, a Morning Consult/Politico exit poll showed Tuesday.

Trump Says to See 'How Things Play Out' Before Accepting Results of US Election
MOSCOW (Sputnik) — The majority of the poll respondents, 85 percent, described their feelings about the elections as simply wanting it "to be over", as 72 percent said they were anxious about the elections, while 71 percent were nervous.

A total of 53 percent said they were angry, 50 percent — sad, 48 percent — overwhelmed, and 39 percent — depressed, according to the poll.

Only 25 percent of the poll participants reportedly claimed to feel happy about the elections.

The survey was conducted between October 18 and November 8 among 6,782 early and Election-Day voters.