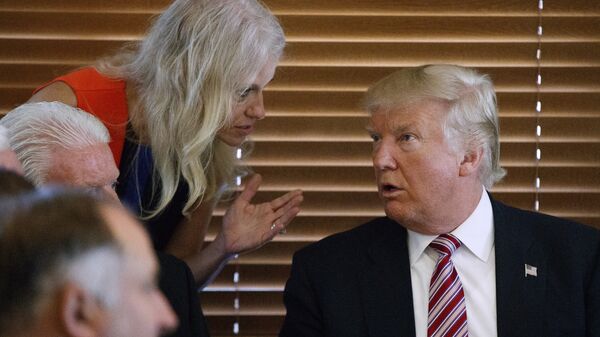 Most UK financial advisers think that US Republican presidential candidate Donald Trump’s victory at the US elections would have a negative impact on investments, a recent poll showed.

Trump: Republican Camp Heading for Election Victory in Big US Industrial States
MOSCOW (Sputnik) – A total of 80 percent of polled experts forecast negative consequences of the Trump’s victory for investments, while only 16 percent of them believed that Democratic nominee Hillary Clinton’s victory would have the same effect.

"In what is becoming an increasing turbulent race for the White House, the general consensus among UK financial advisers is that they would rather see Hillary as the incumbent US President. Increased market volatility and a weakening pound following Brexit will certainly have framed financial advisers’ concerns, having seen all too recently the impact of a controversial election result," James Endersby, the managing director of the Opinium Research agency that conducted the poll among UK financial advisers, said, as quoted on the agency's website.

Only 4 percent of respondents said that Trump’s victory would have a positive impact on markets, whereas 31 percent are optimistic about economic consequences of Clinton’s coming to power.