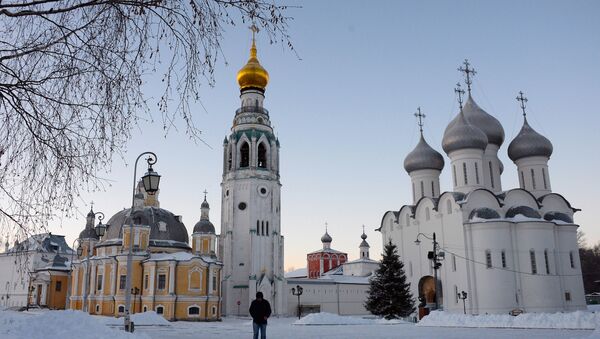 Russian Kizhi: The Eighth Wonder of the World
St. Petersburg, November 8 — The ten routes of the project will take tourists to unique landmarks of history, nature and culture. They cover cultural, educational, religious and military-patriotic tourism, the report said.

The project includes ancient towns and large settlements in north-western Russia with unique landmarks of history, culture and nature as well as UNESCO World Heritage sites. It covers the Leningrad Region, St. Petersburg, the Arkhangelsk, Vologda, Kaliningrad, Murmansk, Novgorod and Pskov regions, the republics of Komi and Karelia, and the Nenets Autonomous Area.

One of the routes “Peter the Great Cities” includes cities founded by Emperor Peter the Great: Shlisselburg, Novaya Ladoga and Lodeinoye Pole in the Leningrad Region. The route passes through Republic of Karelia and the Arkhangelsk and Vologda regions.

“Strongholds of Russia’s North-West” guides tourists through the fortresses of the Leningrad Region’s south-west, as well as the Pskov Region and the Republic of Karelia. “Combat Glory Cities” includes cities that received this title, including the city of Pskov.

According to the Leningrad Region’s Committee on Tourism, the main goal of its representatives at the WTM London 2016 is to enhance awareness of the region and its appeal, and develop contacts with potential customers.