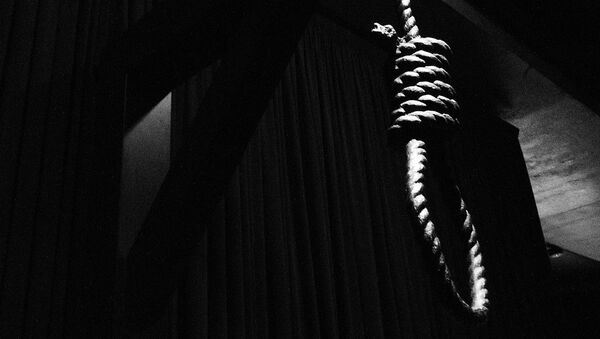 Voters in the US state of California face a critical decision during Tuesday’s elections when they vote on two propositions, one of which would end capital punishment in the state and the other would speed up the execution process.

PORTLAND, David Burghardt (Sputnik) — California’s Proposition 62 would ban the death penalty and replace it with life imprisonment to include those inmates currently sitting on death row.

Turning Tide? US Death Penalty Support Hits 4-Decade Low
On the other hand, Proposition 66 would impose time limits of within five years on prisoner reviews, giving inmates a certain amount of time to contest their death sentence instead of being able to drag their cases on for numerous years by petitioning and getting stays. Death penalty appeals in California can take up to 25 years.

Since California reinstated the death penalty 40 years ago, only 13 of 1,039 convicted murderers have been executed, the Los Angeles Times reported in September.

If both propositions successfully pass, then the one with the most “yes” votes would override the other.

There are currently 30 US states that have the death penalty. Colorado, Oregon, Washington, and Pennsylvania have a gubernatorial moratoria.