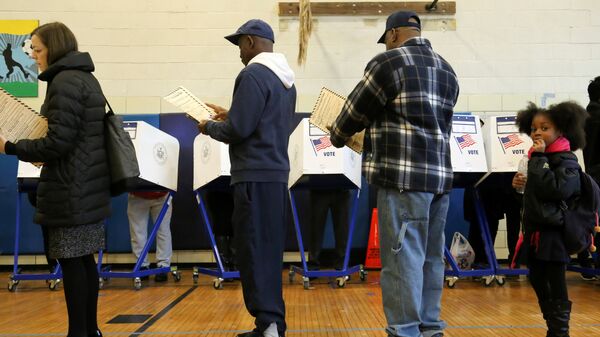 Clinton Leading Trump Among Hispanic Voters 65% to 27% - Exit Polls
WASHINGTON (Sputnik) – Some 15 percent of US voters who took part in the Tuesday elections were voting for president for the first time, in contrast to the 9% first-timers registered in 2012, the new Reuters/Ipsos national Election Day poll showed.

The survey also revealed that over a dozen voters decided on their favorable candidate in the final week prior to the election, which is a significant rise over the number of late-deciders in 2012 (less than 10%).

The US presidential elections are being held on Tuesday, November 8. Democratic nominee Hillary Clinton and her Republican rival Donald Trump are the main contenders for the post of the new US leader.