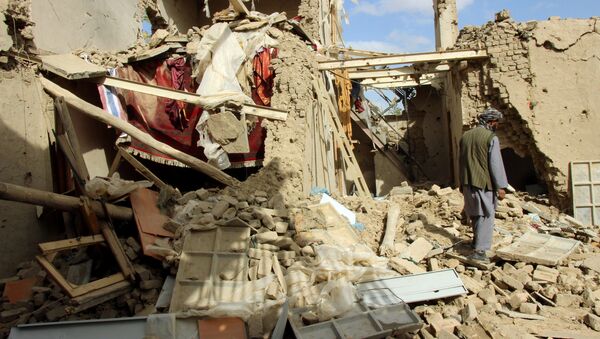 Moscow Demands Objective Probe Into US Airstrike in Kunduz
WASHINGTON (Sputnik) — On Wednesday, US-led airstrikes killed 30 civilians in the Kunduz province of Afghanistan as US and Afghan troops clashed with Taliban militants.

"We hope that this UN investigation into the circumstances surrounding the bombing represents a step towards truth and justice for the victims and their families," Patel stated on Monday. "If the investigation ultimately does show that the attack violated international humanitarian law, it is critical that US/NATO forces are held accountable."

A 2014 report by Amnesty International found a failure of accountability for US military operations in Afghanistan. At least 140 civilians were killed in ten separate incidents, the release stated.

The US government has launched its own investigation into the airstrikes, the release added.