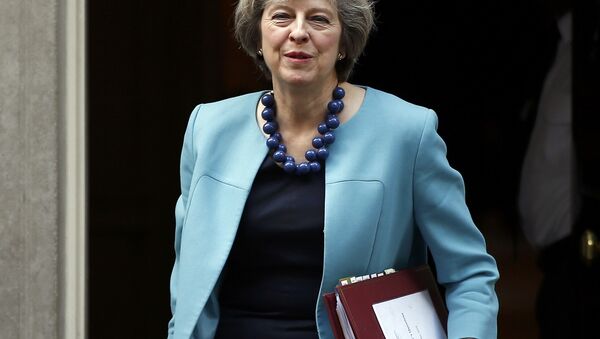 UK Prime Minister Theresa May is preparing a bill on triggering Article 50 of the Lisbon Treaty to submit for parliamentary approval before the country starts the process of withdrawing from the European Union, Sky News reported, citing its own sources.

May: UK Govt to Deliver Decision of Britons on Brexit Despite Certain Opposition
MOSCOW (Sputnik) — Earlier in the day, reports said government ministers were pressuring May to fast-track a parliamentary resolution rather than a full-fledged bill on Brexit.

May is currently looking into option for triggering Article 50 after the High Court ruled on Thursday that the United Kingdom cannot leave the European Union without lawmakers' approval. The case had been filed by the People’s Challenge group represented by the Bindmans law firm.

Previously, the government planned to trigger the article and launch Brexit negotiations with the European Union before the end of March.

On June 23, the nationwide referendum on EU membership was held in the United Kingdom, in which 51.9 percent of voters said the country should leave the bloc.