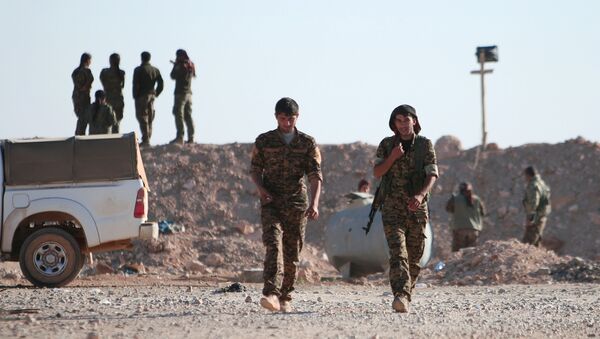 The Kurdish-led Syrian Democratic Forces (SDF) have launched a large-scale operation to isolate and eventually free Raqqa, the so-called capital of Daesh's caliphate, on Sunday, with US and Turkish defense officials reaching an agreement on "a long-term plan for seizing, holding and governing" the embattled city.

Here is what you need to know about the ongoing operation.

Syrian Kurds Call for International Support in Operation to Liberate Raqqa
The offensive, formally known as Operation Euphrates Rage (or Wrath), was launched on November 6 by the Syrian Democratic Forces (SDF), with France, the United Kingdom and the United States expected to provide air support. The SDF is a multi-ethnic alliance of Kurdish, Arab, Assyrian, Armenian, Turkmen and Circassian fighters, with the People's Protection Units playing the leading role in the force.

SDF commanders made the announcement in the Ein Issa, located some 30 miles north of Raqqa. A total of 30,000 fighters are said to be taking part in the operation. 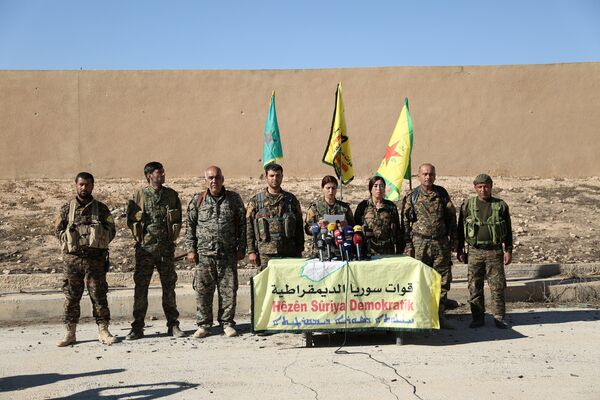 ​The Russian Aerospace Forces and the Syrian Arab Army are not taking part in this campaign.

US Planners Come Up With 'Plan C' to Bring Syria Under Control
The Syrian city of Raqqa, home to approximately 200,000 people, has been under Daesh control since January 2014. It has been viewed as the capital of the terrorist group's caliphate spanning across large parts of Syria and neighboring Iraq.

Some of Daesh's senior leaders as well as about 5,000 militants are believed to be currently staying in Raqqa. The city's liberation has been viewed as key to degrading and eventually destroying the brutal group.

The spokswoman of Operation of Euphrates Anger, Jihan Seikh Hasan, said:'' the end of Daesh will be in #Raqqa City. pic.twitter.com/tTRafBndKx

Going for Raqqa: This is What US Would Do to Take Over Daesh Capital
Contrary to what one might think, Raqqa's liberation is not the first order of business.

The Syrian Democratic Forces' key goal at this stage involves isolating and encircling Raqqa. The Pentagon ostensibly wants to prevent Daesh fighters in Raqqa from helping the militants fighting in Mosul and vice versa. In addition, US defense officials want to reduce the terrorist group's capabilities to carry out operations beyond Syria, particularly in Europe, Turkey and the US.

The operation aimed at encircling Raqqa is not expected to happen in an instant. The SDF "are moving south to isolate the enemy that's in the vicinity of Raqqa and in Raqqa," Chairman of the Joint Chiefs of Staff Gen. Joseph Dunford said on Sunday. "We always advertised that the isolation phase is going to take months." 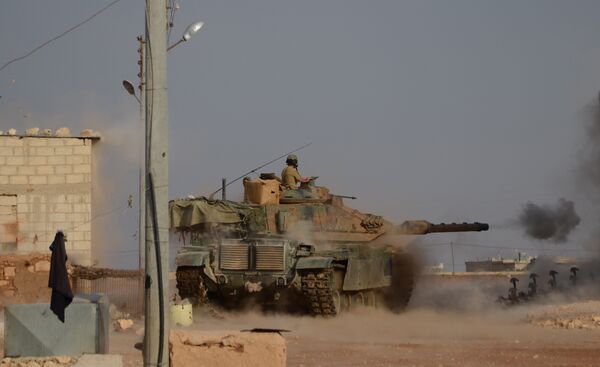 Turkish soldiers fire an upgraded M60 tank during fighting against Daesh terrorists near the northern Syrian village of Beraan, north of the embattled city of Aleppo, on October 24, 2016
© AFP 2022 / Nazeer al-Khatib

Turkey has repeatedly expressed its wish to take part in the operation aimed at liberating Raqqa, also saying that the Kurds, the Pentagon's primary allies on the ground, should not lead the offensive. On Sunday, the Pentagon confirmed that US and Turkish defense officials finally reached an agreement on the issue that has caused tensions between the two NATO allies for weeks.

Isolating Raqqa: What's Behind Pentagon Changing Its Anti-Daesh Tactic in Syria
The US-led "coalition and Turkey will work together on the long-term plan for seizing, holding and governing Raqqa," Dunford said.

In other words, Washington has taken Turkey's concerns into account and decided that the SDF will not be the force to free Raqqa. In fact, according to Dunford, policymakers in the US have always known that the SDF wasn't "the solution for holding and governing Raqqa."

Turkish leadership has not commented on Operation Euphrates Rage so far.

Who will free Raqqa

The US-led coalition and Turkey are currently working on determining the exact composition of the force that will be tasked with pushing Daesh out of the city.

"[The operation needs] a predominantly Arab and Sunni Arab force," Dunford detailed. "And there are forces like that. There is the moderate Syrian opposition, the vetted Syrian forces and the Free Syrian Army forces, and there is some initial outreach to forces in Raqqa proper."

Many have questioned whether so-called moderate Syrian rebels exist, taking into account that they often carry out joint operations with radical organizations like al-Nusra Front and the like.

Keep in mind that the Pentagon and SDF leadership do not appear to be on the same page as to who will eventually push Daesh out of Raqqa. "We want to liberate the surrounding countryside, then encircle the city, then we will assault and liberate it," SDF spokesman Talal Sillo said on Sunday.

US Secretary of Defense Ashton Carter welcomed the SDF announcement, saying that "the effort to isolate, and ultimately liberate, Raqqa marks the next step in our coalition campaign plan." He also pledged that the US-led coalition would make every effort to "enable local forces in both Iraq and Syria to deliver ISIL the lasting defeat it deserves." 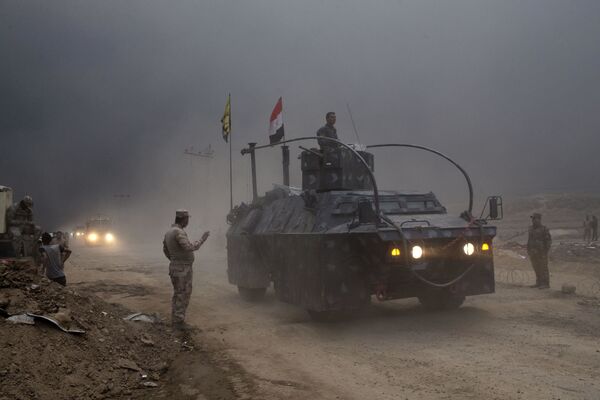 Turkish Tanks Set Off to Protect Borders From US 'Greater Middle East' Project
Although Raqqa is smaller than Mosul, the campaign aimed at liberating the Syrian city will not be an easy one, like all counterterrorism operations in Iraq and Syria in the past. Why are then two high-stake anti-Daesh operations conducted at the same time?

Two weeks ago, Carter unveiled that the operation for Raqqa would start in several weeks, adding that the Pentagon had enough resources and capabilities to sustain both.

"That has long been our plan and we will be capable of resourcing both," he said.