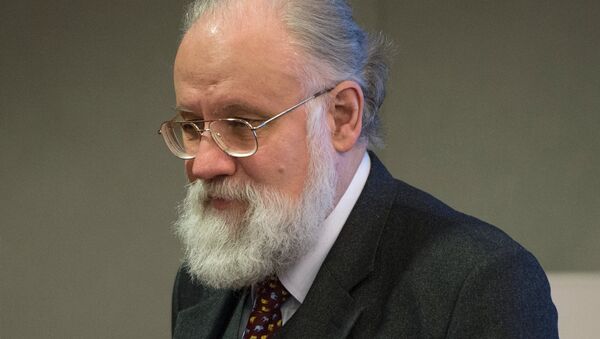 New methods of voting at the presidential elections make it difficult to protect the secrecy of the ballot, the Russian Foreign Ministry's ambassador-at-large said Monday.

MOSCOW (Sputnik) — The Russian diplomat said the Internet surveys with forecasts for the turnout of the Democrats and Republicans at the upcoming US presidential elections were apparently based on the lists of registered voters and their party affiliation available to the election authorities.

"With the voting via the Internet, by post, early voting, it is not certain whether the secrecy of the vote is preserved," Vladimir Churov told RIA Novosti.

Churov added that the voters could disclose their choice themselves, but not during the election, and the election-regulating bodies have to keep such data secret.

The US presidential elections will take place on November 8.