May: UK Govt to Deliver Decision of Britons on Brexit Despite Certain Opposition 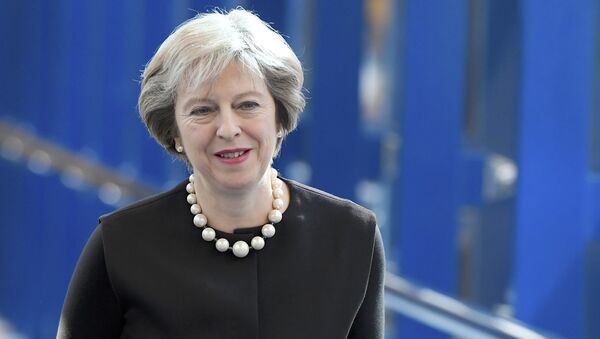 UK government will deliver a "legitimate" decision of the country's citizens on the issue of country's exit from the European Union despite the existing opposition to this position, UK Prime MInister Theresa May said Sunday.

Former UKIP Leader Promises to Return to Politics If Brexit Betrayed
MOSCOW (Sputnik) — On Thursday, England’s High Court ruled that the UK government needed parliamentary approval to trigger Article 50 of EU’s Lisbon Treaty, which would initiate London’s talks with Brussels on the terms of its exit. Labour Party leader Jeremy Corbyn has already said that his party could block the government Brexit strategy if it does not include several issues, such as access to the single market of the European Union.

"While others seek to tie our negotiating hands, the Government will get on with the job of delivering the decision of the British people. It was MPs who overwhelmingly decided to put the decision in their hands. The result was clear. It was legitimate," May said as quoted by the Sky News broadcaster.

The prime minister added forcing government to disclose its Brexit strategy ahead of talks with Brussels was not in the country's national interests.

On June 23, the United Kingdom held a referendum to determine whether or not the country should leave the 28-nation bloc. According to the final results, some 52 percent of voters decided to support Brexit. Following the referendum, May said that she intended to trigger Article 50 at the end of March 2017.