At Least 1 Killed, 5 Missing After Gas Explosion in Russian Ivanovo 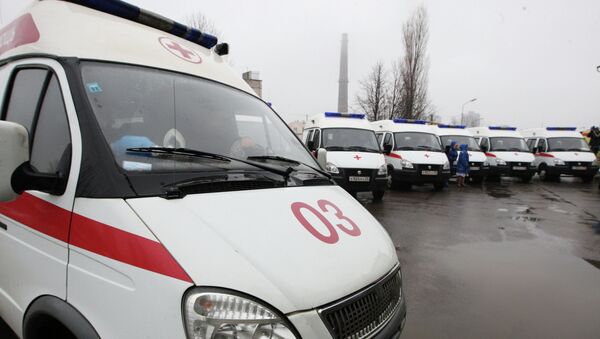 © Sputnik / Igor Zarembo
/
Go to the mediabank
Subscribe
International
India
Africa
At least one person killed in an explosion of natural gas in a residential house in Russia's city of Ivanovo on Sunday, while five more people are still missing, a spokesman for Ivanovo's emergencies service said.

Russia
Up to 8 People Could Be Under Ruins in Russian Ivanovo Amid Gas Burst
MOSCOW (Sputnik) — Earlier in the day, natural gas exploded in the residential house, causing its partial destruction. Soon after the incident, the emergencies service reported that up to eight people could be trapped under rubble.

"According to verified information, 21 people lived in the house, 15 are rescued, one woman die and it is unknown what has happened to the rest five people," the spokesman told RIA Novosti.

The regional office of country's emergencies service reported that about 100 square yards had collapsed following the explosion.