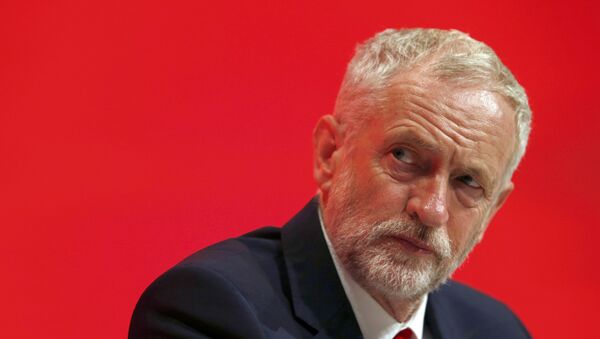 UK Labour Party will oppose the process of the country's exit process from the European Union in the Parliament if London loses access to the single market of the 28-nation bloc after leaving it, Labour Party Leader Jeremy Corbyn said.

Former UKIP Leader Promises to Return to Politics If Brexit Betrayed
MOSCOW (Sputnik) — On Thursday, England’s High Court ruled that the UK government needed parliamentary approval to trigger Article 50 of EU’s Lisbon Treaty, which would initiate London’s talks with Brussels on the terms of its exit. The Supreme Court is expected to her the appeal of the country's government headed by Prime Minister Theresa may next month.

"Sorry, but we live in a democracy and the Government has to be responsive to Parliament… We are not challenging the referendum. We are not calling for a second referendum. We’re calling for market access for British industry to Europe," Corbyn told the Sunday Mirror newspaper on Saturday.

He added that the Labour Party would vote against May's strategy of leaving the bloc until she agreed with a number of the party's demands, including the access to the EU markets.

On June 23, the United Kingdom held a referendum in which almost 52 percent of voters chose to leave the European Union. The decision of the Britons has already caused depreciation of the country's currency and raised questions about the stability of the UK financial sectors.