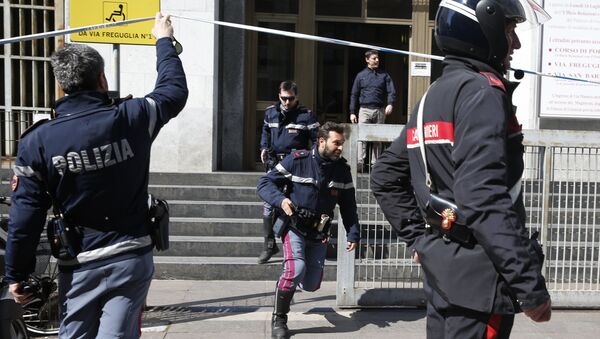 MOSCOW (Sputnik) — The Il Messaggero newspaper reported Saturday that three officers were injured as hundreds of demonstrators had been throwing bottles and stones at the police and trying to break through the police cordon, whereas the police used tear gas.

The protesters were expressing their disapproval of the current government and the December 4 referendum on the Italian Prime Minister Matteo Renzi's plan to limit the powers of the Senate and the regional governments, the newspaper added.

The participants of the demonstration were initially trying to reach the convention center where Renzi was expected to attend the Democratic Party's annual meeting but the police did not let them through, according to the media outlet.