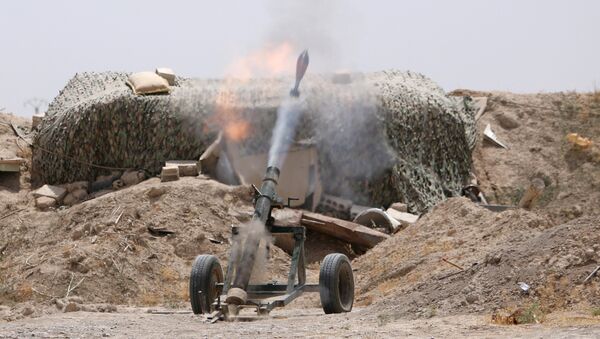 The anti-Daesh coalition and its local allies plan to isolate and eventually capture Raqqa in the coming weeks at a time when the operation to retake Mosul appears to be stalling and is nowhere near finished, prompting experts to question whether the Pentagon has changed its counterterrorism strategy or priorities in Iraq and Syria.

"The US-led coalition intends to isolate Raqqa, seize Mosul and then return to taking Raqqa under control. This plan appears to be quite viable," Sergey Ermakov, a senior analyst at the Russian Institute for Strategic Studies, told Svobodnaya Pressa.

Earlier, US Secretary of Defense Ashton Carter announced that the offensive aimed at freeing Raqqa will commence in a few weeks, adding that the Pentagon had resources to carry out overlapping operations. 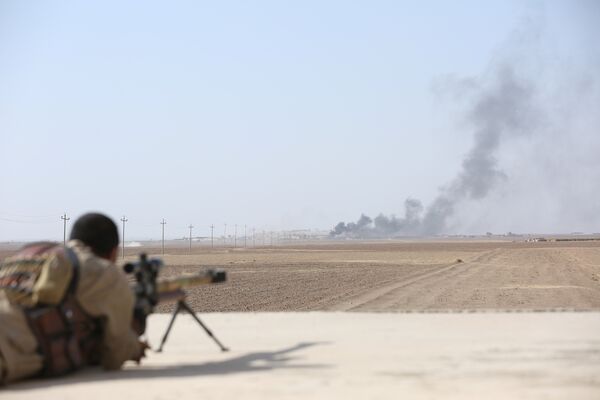 What's Behind Pentagon 'Deliberately Forcing' Daesh to Leave Mosul for Syria
In Ermakov's opinion, US-led forces should focus on pushing the terrorists out of Mosul since this mission has become a political objective. In this context, Raqqa's blockade cannot substitute the onslaught on the second largest city in Iraq which has remained under Daesh's control since June 10, 2014.

The political analyst expressed doubt that the anti-Daesh coalition will be able to fully isolate Raqqa.

"I think that a full blockade of the city is out of the question since the [US-led] coalition would need to bring in significant reserves. However, [the coalition] has enough forces to cut off key routes linking Raqqa and Mosul," he said. 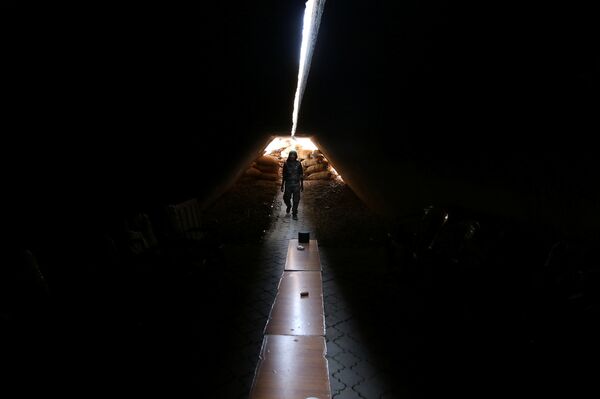 A fighter of the Syria Democratic Forces walks inside a shelter in northern province of Raqqa, Syria May 27, 2016
© REUTERS / Rodi Said

The operation to free the so-called capital of Daesh's caliphate will not be a walk in the park. The analyst maintained that Washington has enough resources to retake Raqqa in the coming weeks, but there are several major issues that US officials and military commanders have to take into account.

"The question is whether the coalition is ready to use these resources, whether it is ready to sustain significant 'unintended' casualties among civilians and service personnel," he explained.

Semen Bagdasarov, director of the Center for Middle Eastern and Central Asian Studies, pointed out that much remains unclear with regard to the upcoming US-led operation in Raqqa, particularly who will lead the onslaught.

"The Turks and the Kurds could do it, but they surely will not fight shoulder to shoulder," he said. The analyst further noted that isolating Raqqa is possible. "Americans could achieve this with the help of the Kurds or Syrian opposition groups."

Most Expensive Yazidi Sex Slave Shares Shocking Story of Life Under Daesh
On Wednesday, US Secretary of Defense Ashton Carter said that the US continued to discuss Turkey's role in the operation aimed at liberating Raqqa, but added that the campaign will proceed according to plan regardless of the outcome of these talks.

On the same day, the US defense chief also indicated that local forces will be the ones tasked with the operation in order to make the victory over Daesh "lasting."

For its part, the Pentagon will "bring down like a tornado the huge, massive, awesome American military power" to assist local fighters in their counterterrorism efforts, he added. "It includes air power, it includes intelligence, it includes command and control, but very importantly, it includes engineering."