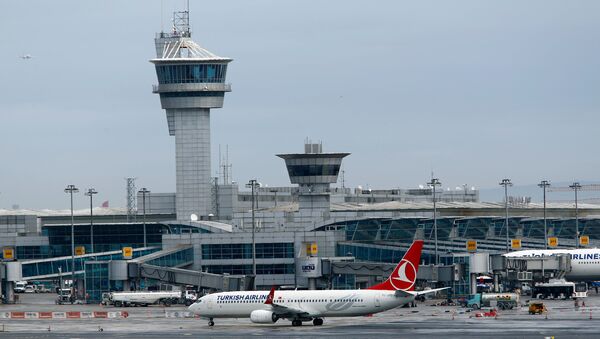 Ataturk Airport in Istanbul has been put on lockdown after police fired at two men on a motorcycle who refused an order to stop.

According to reports, all entrances and exits to the airport have been sealed after two men on a motorcycle refused an order to stop and were shot at by police. The two men have reportedly been taken into custody.

BREAKING: All entry and exit points at Istanbul's Atatürk airport have been closed after gunman opens fire — @DailySabah pic.twitter.com/PLoY4liojP

UPDATE: Two suspects were on the motorcycle, one was shot by police, reports that police are searching for second attacker #Istanbul airport pic.twitter.com/Et316NnWVx

Local media reports suspicious package is about to be detonated.

The airpost is closed at the moment, with no information yet on arriving or departing flghts.

​​In June, 45 people were killed and 230 were injured in a shooting and suicide bombing attack at the same airport.