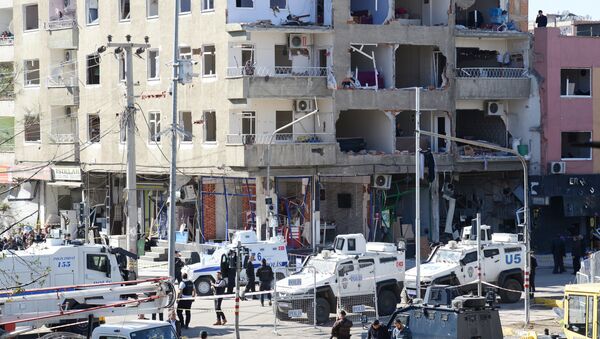 The explosion in in the Turkish city of Diyarbakir on Friday morning, for which Daesh terrorist group claimed responsibility, could be targeting the jailed members of the Peoples' Democratic Party (HDP), the deputy chair of the party Sirri Sureyya Onder said Saturday in a statement.

"The blast was targeting Kurdish activists, including myself and Figen Yuksekdag," the statement said.

Earlier in the day, over a dozen of members of HDP lawmakers including its co-chairs Yuksekdag and Selahattin Demirtas, had been arrested in raids carried out across the country.

Tensions between Ankara and Turkish Kurds escalated in July 2015 when a ceasefire between Turkey and the Kurdistan Workers’ Party (PKK) collapsed over a series of terrorist attacks, allegedly committed by PKK members.