Hundreds Rally in Berlin, Calling on German Chancellor to Resign 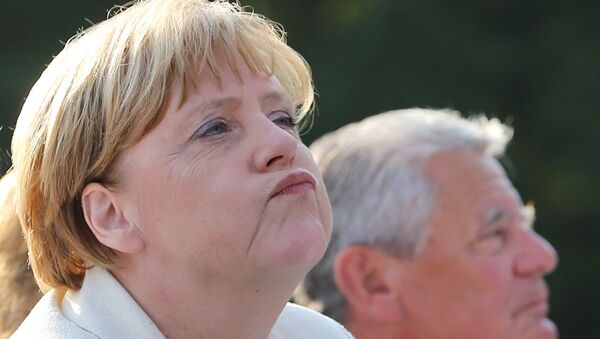 Merkel’s CDU Chief in Berlin Offers Resignation After Electoral Defeat
MOSCOW (Sputnik) — The German Der Tagesspiel newspaper reported on Saturday that up to 600 protesters from different groups, such as anti-migration PEGIDA, marched across the city chanting "Merkel muss weg" ("Merkel must go" in German).

The newspaper added that the rally started at 4 p.m. local time (17:00 GMT) and ended at 8 p.m. at the city’s Alexanderplatz square.

According to the media outlet, over 1,000 police officers secured the order during the rally, as the second manifestation organized by left-wing activists had been held in the city at the same time.